In one of the more interesting bits of news out of Sony’s event this evening, Chris Metzen, Blizzard’s senior vice president of story and franchise development announced that the company had inked a strategic partnership deal that would see Blizzard titles coming to Sony’s consoles.

We actually don’t know any other details on the matter, such as how long the partnership will last, whether it is an exclusive one, or what the agreement actually entails. We do know that Blizzard is planning to release Diablo III on the PlayStation 4 (as well as the PlayStation 3) when they’re ready with the port.

Metzen said the game is already running on PlayStation 3 hardware and that it is “amazing,” as well as it being the best version of the game, control-wise. Blizzard has said that the core experience of Diablo III will remain the same, but that it will feature “an intuitive control scheme and a new dynamic camera perspective”. 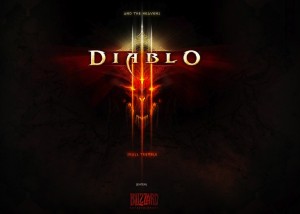 No specific date or pricing was released for the title, though we assume it will be a launch title for the PlayStation 4 and come out around the same time for the PlayStation 3. However, Blizzard is very much a company that only releases games “when they’re ready,” and though they may have had a lot of time to be working on this so far, Metzen made no mention of the game running on PS4 hardware yet, so the wait could be longer than we would like.

For those that don’t recall, Blizzard actually began making console titles with games like Blackthorne and The Death and Return of Superman. They also began development on StarCraft: Ghost for the Xbox, PlayStation 2, and GameCube back in 2002, though the game was “indefinitely postponed” (though never specifically cancelled) in 2006 while Blizzard looked at other opportunities.

We’ll keep you posted with more Blizzard news, as well as anything that may come out of the newly-formed relationship between Sony and the creators of WarCraft, StarCraft, and Diablo as the news becomes available.