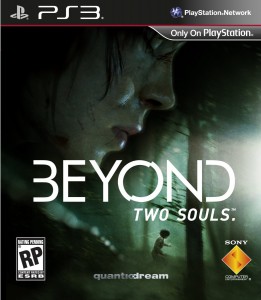 One of the big surprises at Sony’s press conference at E3 2012 was a game from Quantic Dream called Beyond: Two Souls. The trailer we saw was, at first blush, a psychological thriller starring a character that very much resembled actress Ellen Page. It turned out that the character was actually Ellen Page, as she had signed on to be a part of the game from its inception (no pun intended, Ellen).

Sony recently revealed that Beyond: Two Souls would also star another Hollywood great, Willem Dafoe. The role he takes, a man named Nathan Dawkins, a scientist and researcher of strange events, as the trailer below notes. He also takes Ellen Page’s character, Jody, in as her surrogate father.

From the making-of piece (also posted below), we know that there are a few facets to their relationship, though just how deep it goes is unclear. We know the game is about some sort of psychological and spiritual thriller slash action-adventure mashup that looks like it’ll keep us on the edge of our seats, not to mention mildly terrified while we’re there. 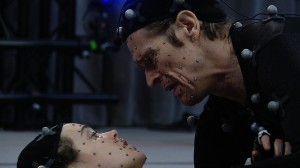 Dafoe’s acting in the game is incredible, and while the graphical version of him looks excellent, it doesn’t look as realistic as Ellen Page does. Regardless, that’ being very nitpick as the game looks stunning. There is so much stellar in the background alongside state of the art lighting effects and pristine audio.

Sony also gave Beyond a launch date, pegged about a month before the expected PlayStation 4 launch. The game is due out on October 8th, and while the company has ignored any mention of PlayStation 4 in their announcement, we do expect this to be available at launch on PlayStation 4, at the very least a s PS3 downloadable/streamable title. Otherwise, it’s very likely they Beyond: Two Souls is the last great first-party title for this console generation.

Take a look at the trailer for the game below and follow that up with a neat look at the motion capture of the game alongside a short interview with Willem Dafoe.