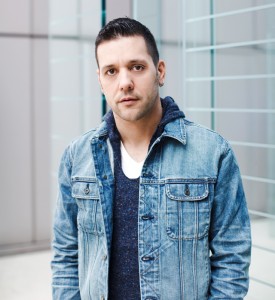 He’s a true-bred Canadian with some Greek roots, and he’s an all-round great guy. So imagine our excitement as he is going to be hosting a new program on none other than CNN beginning May 31st.

The Cable News Network programme will air Friday nights at 9pm ET, and will “offer a fresh perspective on the interview and talk show format”, says the company.

Vinnie Malhotra, senior VP of development and acquisition for CNN worldwide had amazing words to say about him:

George is genuinely interested in everything, which makes his interviews informative and entertaining explorations. This compelling series is a sharp, creative addition to our summer Friday schedule.

It’s always an insightful event to watch George speak and interview others as he has an awareness and understanding of his subject that few other interviewers have.

George thankfully won’t be leaving his gig at the CBC to do the CNN show, but we can only hope that it leads to even bigger things for him. It’s easy to say that George is the young Peter Mansbridge and a voice that can effectively communicate between two generations, a rare gift he has.

If you want to see George Stroumboulopoulos live, he’ll be doing a Q&A session with Oprah for her latest Canadian speaking tour. Check out the dates here.