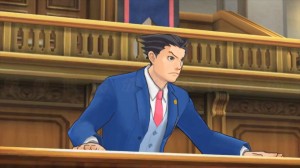 Phoenix Wright is finally coming back to the courtroom! Not since 2007’s localization of Phoenix Wright: Ace Attorney – Trials and Tribulations on the Nintendo DS (which was in turn a belated localized remake of a Japan-exclusive Game Boy Advance game), has the spiky-haired attorney headlined his own game, if you don’t count remakes or re-releases on WiiWare and iOS. The Ace Attorney series continued its run on DS past Phoenix Wright’s initial trilogy of games, with spin-off entries like 2008’s Apollo Justice: Ace Attorney and 2010’s Ace Attorney Investigations: Miles Edgeworth, though they shifted the focus to other characters, leaving Mr. Wright in a supporting role for the former, and never appearing in the latter.

Now however, Phoenix Wright has picked up his defense attorney badge yet again in Phoenix Wright: Ace Attorney – Dual Destinies, which is headed to North America and Europe this Fall, exclusively for Nintendo 3DS! This time, Mr. Wright is joined by a new sidekick, eighteen year-old associate attorney, Athena Cykes. Athena seems to have the ability to psychoanalyze witnesses, which will be a new key gameplay mechanic, tasking players with looking for emotional discrepancies to spot lies during cross-examinations. Spin-off protaganist, Apollo Justice is also confirmed to return in the new game, though the capacity of his role is currently unclear. It’s presumably prominent however, since he is featured on the Japanese box art. Oddly, no confirmation has yet been made regarding Apollo’s own sidekick, Trucy Wright, Phoenix Wright’s own adopted daughter, appearing in the game, though it’s certainly very likely that she will also make a comeback. 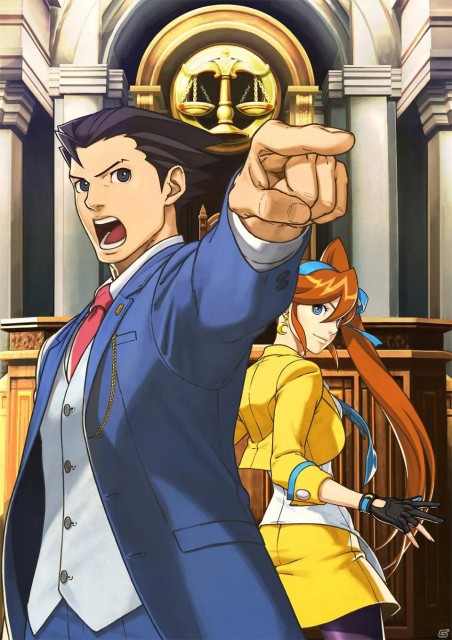 Early reports seem to indicate that Phoenix Wright: Ace Attorney – Dual Destinies will be a return to the series’ traditional formula. This would indicate that it will be divided into multiple episodic cases (usually four), where the player initially moves between static environments, point-and-click adventure style, to interact with witnesses and pick up evidence. This all-new 3DS entry will also allow players to freely view and move around crime scenes, taking advantage of the handheld’s 3D effect to create a greater sense of immersion as players hunt for and examine evidence. They then take this evidence into courtroom battles, where they square off with a prosecutor, cross-examining witnesses, and using evidence to expose when they are not telling the truth. As players expose the false facts, they gradually get closer and closer to uncovering the culprit behind the murder trial, so that their innocent defendant is not sentenced to death row. Despite that seemingly grim subject matter, the series has become famous for its cartoon humour and witty upbeat writing, even pioneering a longstanding internet meme with its iconic, “Objection!” catchphrase. Phoenix Wright: Ace Attorney – Dual Destinies appears to be maintaining this same cartoon styling from the initial preview footage, albeit with improved 3D cel-shaded models replacing the flat, hand-drawn graphics of the series’ prior DS titles.

While Phoenix Wright: Ace Attorney – Dual Destinies appears to be maintaining much of the series’ familiar style and gameplay, much to the delight of fans no doubt, there was a bit of a surprise turn in the announcement. Despite the game receiving a boxed retail package in Japan, where it arrives early this July, the game will only be available to download in the 3DS eShop for North American and European players. This is becoming an increasingly common trend with cult Japanese titles, with recent well-received PlayStation Store releases, Tokyo Jungle and Okami HD only being available digitally for PS3 owners in North America and Europe, even though they both possess boxed retail copies in their native Japan. 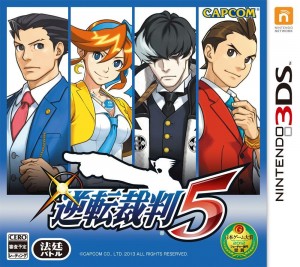 Whether Phoenix Wright: Ace Attorney – Dual Destinies will just be sold as a complete package, or be released in an episodic style, with each case sold separately, is currently unknown. This may be a controversial decision for collectors who prefer to line their shelves with boxed copies of games, but considering the rapidly increasing momentum of Nintendo’s digital platforms on the 3DS and Wii U, the timing may be ideal. It may prove to be a good way to test the water for how the series may perform on a digital platform as well, since the series’ previous DS entry, Ace Attorney Investigations 2, remains unreleased outside of Japan. Capcom has entertained the idea of releasing this game digitally, perhaps separating the cases via DSiWare, but, sadly, no plans to localize the game outside of Japan have been made. This also, rather disappointingly, appears to remain true for fan-demanded 3DS crossover title, Professor Layton vs. Ace Attorney, blending the Ace Attorney franchise with the characters of Level-5’s highly acclaimed Professor Layton franchise.

If you have yet to catch up with Phoenix Wright’s prior adventures and missed the series’ original DS run, the entire trilogy is being re-released with a re-tooled interface and improved HD graphics for iPhone and iPad in July, with an Android port planned, but currently unconfirmed. Wii and Wii U owners can also download each of the three current Phoenix Wright-starring titles off of WiiWare. Anyone with a taste for point-and-click adventure games, whodunit mysteries and/or memorable cartoon craziness definitely shouldn’t miss them!