It’s been an agonizing wait for real news regarding Nintendo’s most anticipated Fall blockbusters on the 3DS, those of course being Pokémon X and Pokémon Y. Finally however, Nintendo has pulled the curtain back a little bit more on their upcoming sixth-generation mainline Pokémon titles, dropping some tantalizing nuggets of info that pokemaniacs will definitely want to make a note of, starting with the official English name of the game’s setting; The Kalos region, which will be heavily inspired by France. It also appears to be rendered in the shape of a star. How cute. The region’s capital city is confirmed to be called Lumiose City outside of Japan, which appears to be the city shown in most of the game’s preview footage.

After the Japanese originally got their own variation of this new Pokémon X and Pokémon Y information, starting with a CoroCoro scoop, Nintendo was quick to confirm the translated English facts for us, which we’ve assembled right here. How nice of them, and us, but mostly them.

Anyway, Nintendo also teased one new gameplay mechanic that’s no doubt of interest to fans of letting their Pokémon wander outside of their poke balls; Players can now ride a Pokémon as a mount while they explore outdoors, even in cities. Demonstrating this new ability is Gogoat, a larger grass-type Pokémon that will learn one of the new moves being introduced in Pokémon X and Pokémon Y, that being a technique called Horn Leech, allowing it to recover HP equal to half the damage it deals. It sounds like a variation of the Mega Drain and Giga Drain moves that grass-type trainers already love using, only perhaps unique to this particular critter. This is Gogoat’s official art: 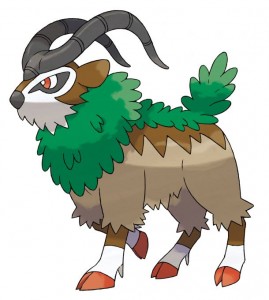 Next are confirmations of the English names for three other all-new Pokémon that will inhabit the Kalos region. First, say hello to Fletchling, a fire/flying-type Pokémon that may replace those predictable normal/flying-type Pidgey and Starly encounters that trainers would otherwise expect. Here’s Fletchling’s official art: 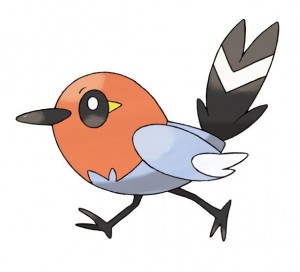 Next up is a normal/electric-type Pokémon called Helioptile, which looks a little dopey, but is also packing an all-new move called Parabolic Charge, allowing it to attack all surrounding monsters, while recovering half of its own HP in the process. Yikes. This is going to be one volatile monster to bring into double and triple battles! Here’s Helioptile’s official art: 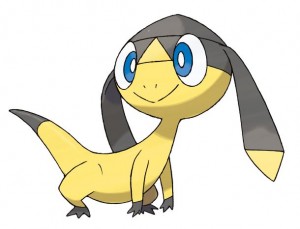 Third, we have Pancham, a fighting-type Pokémon resembling a panda. It also packs in an all-new move, Parting Shot, which reduces the target’s Attack and Special Attack capabilities, before allowing the trainer to swap Pancham for another Pokémon. That’s definitely an efficient way to deal with Pancham staring down a psychic-type or flying-type Pokémon that would otherwise wipe the floor with it! Here’s Pancham’s official art: 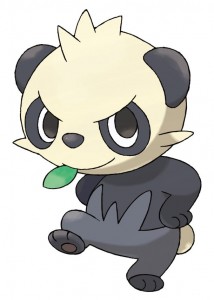 Oh, but it gets better, Pokémon fans! For the first time, not only can you choose between a male or female trainer, which has been the case since Pokémon Crystal Version on the Game Boy Color, but you can now also toggle their appearance to a degree. Players can alter their trainer’s hairstyle and skin tone between three varieties, now allowing them to choose whether you want to be blond(e) or brunette, and fair or dark-skinned. It’s a small thing, but it’s no doubt appreciated by players who are unsatisfied by the unchangeable (and universally Caucasian) trainer designs from prior games.

What will likely be a bigger deal to most however is the reveal of both games’ box art, which sure enough sports red avian legendary Pokémon, Yveltal on Pokémon Y: 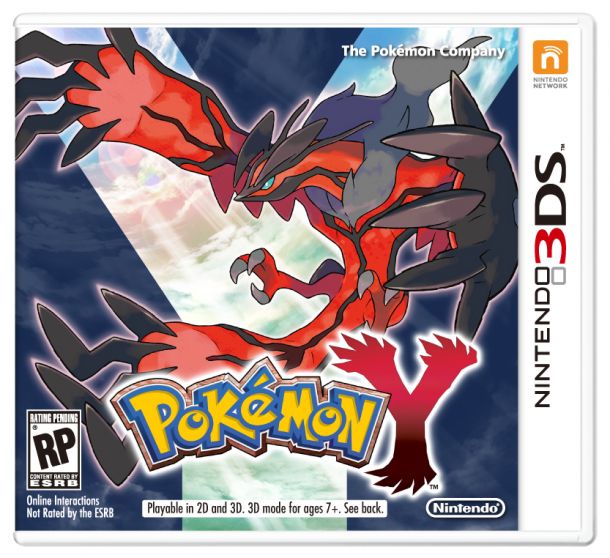 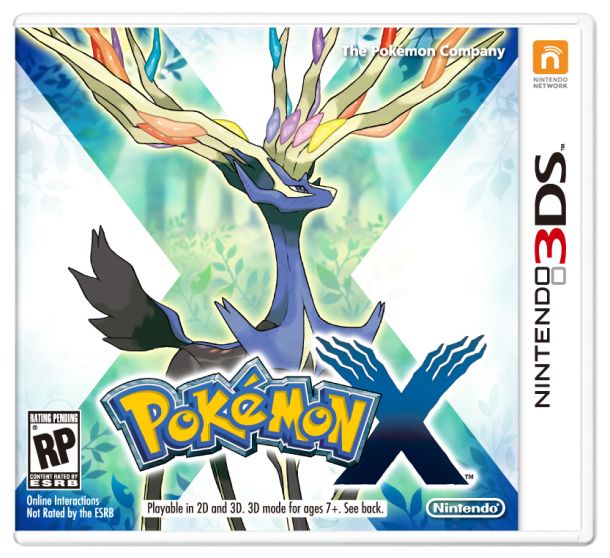 That’s some mighty fine package art right there, wouldn’t you agree? Eagle-eyed Pokémon fans might also notice that the word, ‘Version’ appears to have been officially dropped with these new games, which are simply being labelled Pokémon X and Pokémon Y if the package art is any indication. Seeing as the word, ‘Version’ is rarely used between Pokémon players in common speech, it’s likely no big loss for most. Also, for fans of pulling their 3DS games off of the 3DS eShop, there’s currently no confirmation that Pokémon X and Pokémon Y will be made available digitally as eShop downloads. Given the likely enormous size of these games however, they may exclusively be available at retail in the end, since you would need a huge SD Card to hold a game of this size anyway. Perhaps time will tell.

If you’ve been paying attention to the preview footage already released for Pokémon X and Pokémon Y, then you’ve already noticed re-appearances of several classic monsters, including Psyduck, Patrat, and of course, Pikachu. While Nintendo has remained mum on just how many classic Pokémon will return to thrive in the Kalos region, they have confirmed that they’ll be tweaking the region’s encyclopedic Pokedex, which will be split into three sections, one for each smaller region within Kalos. This could certainly speak volumes about not just how many Pokémon may ultimately be available to catch in the final game, which will presumably be unable to interact with the previous DS games, but also how massive a landscape that Kalos might ultimately end up being!

Many questions remain unanswered about these games, but more light will no doubt be shed on Pokémon X and Pokémon Y during one of Nintendo’s smaller E3 media events, where it will no doubt be a centerpiece of Nintendo’s upcoming Fall 3DS lineup, likely even eclipsing the landmark announcement of the The Legend of Zelda: A Link to the Past sequel in terms of sheer hype! We still don’t know whether the game will be subscribing to the traditional quest of conquering eight Pokémon Gyms and challenging the Elite Four and Pokémon Champion in the Pokémon League, or whether it will feature another all-new ‘Team’ of Pokémon poachers and/or a rival character to stymie the player, even if it’s probably very likely on all counts. Rumours also continue to persist about new Pokémon types being introduced (with light-type and fairy-type Pokémon introductions being the most frequently recurring rumours), which, if it’s true, would mark the first time that the series has introduced new types since the second-generation Pokémon Gold Version and Pokémon Silver Version on the Game Boy Color!

Nintendo still seems to be playing most of their Pokémon hand close to the vest at this point however, so we’ll probably have to wait for E3 for more. Still, you don’t have to wait for E3 to check out a brand new gameplay trailer that Nintendo was kind enough to launch for Pokémon X and Pokémon Y, showcasing the mount mechanic, and some of the new monsters. Our editor-in-chief will also be at E3 in June, likely able to sample playable builds of Pokémon X and Pokémon Y before they’re publicly available. In that case, pokemaniacs can certainly catch all of the hottest new Pokémon X and Pokémon Y info right here at Eggplante, as it drops!