Maxwell is bringing some friends along on his next vocabulary-fueled puzzle quest; Some super friends! …Oh come on, we had to! Anyway, Warner Bros. Interactive is preparing yet another Scribblenauts game for this Fall, and most shocking of all, it will feature the entire pantheon of DC Comics characters within it! That’s no exaggeration either! Warner Bros. has confirmed that even the most obscure of DC characters will be useable in the new game, titled Scribblenauts Unmasked, allowing Maxwell to team up with the likes of anyone from Superman and Batman to Professor Zoom and Sinestro. Apparently even variations of each costumed character will be available as well, in case you’re particular about exactly which Batman portrayal you want to summon to help you collect valuable Starites. Perhaps you may even be able to call upon Adam West’s Caped Crusader and his anti-shark spray? We can only hope… 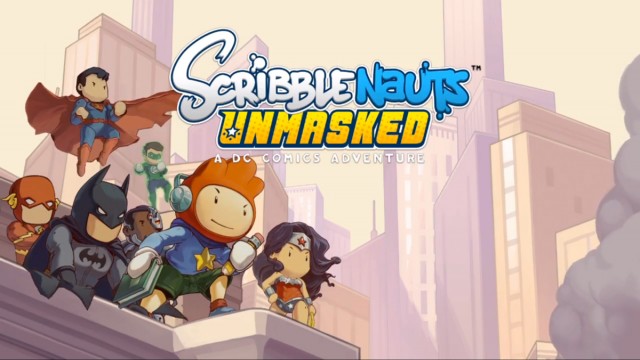 Regardless, Scribblenauts Unmasked, like its immediate predecessor, Scribblenauts Unlimited, is releasing on 3DS, Wii U and PC. It will arrive this Fall, maintaining the series’ annual release calendar, if you count 2011’s Scribblenauts Remix, a port of the very first Scribblenauts game on the DS, released for iOS. While little is known about the game at this point, beyond the crossover effort with the DC Universe, it’s presumed that each version’s feature set will resemble those of the three ports of Scribblenauts Unlimited, meaning an exclusive 3D presentation in the 3DS edition, and both Gamepad support and co-operative play in the Wii U edition. If we’re really lucky, perhaps the Nintendo characters featured in Scribblenauts Unlimited’s Wii U edition may make a comeback in the Wii U (and perhaps even 3DS) release of Scribblenauts Unmasked, finally allowing players to see whether Link would win in a fight against Deathstroke! Players can also use adjectives to create new spins on established characters, creating ‘Metallic Wonder Woman’, or ‘Fluffy Darkseid’, or whatever other butchering of DC personalities they could possibly imagine!

Despite an annual release schedule, the Scribblenauts series has managed to remain quite appealing amongst both casual and core gamers, effortlessly marketing itself to any pedigree of wordsmith. The inclusion of DC characters is a natural progression, considering that Scribblenauts is Warner Bros.’ most successful video game property that is not based on another license (where it’s second to the Batman: Arkham games), and it should hopefully help to market the series to an even larger audience. With the right puzzle design and perhaps one or two all-new features to go with the DC catalogue in the game, Scribblenauts Unmasked could well end up being the best game in the series to date!

As exciting as Scribblenauts Unmasked may be for fans of both Scribblenauts and DC, it’s understandable that some DC purists may be getting a bit annoyed at this point, since Warner Bros. appears to be ‘selling out’ with the DC Universe more than ever in recent years. This is obviously an attempt to more directly compete with rival company, Marvel, who has enjoyed landmark success over the past decade, due largely to their heroes getting heightened exposure and popularity in various big screen blockbusters. 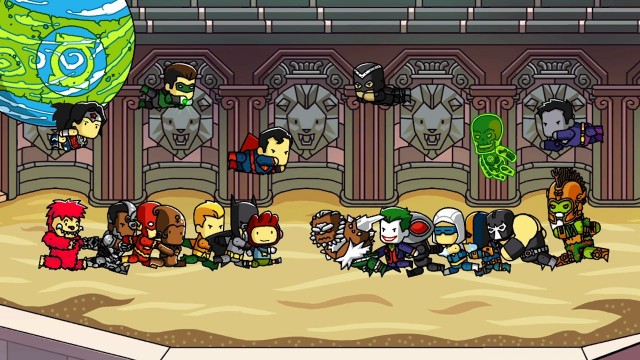 Warner Bros. and DC have had a slower time getting their own superheroes outside of the funny pages and more into the general public consciousness, though they are starting to gain a greater foothold in that respect. This is thanks in part to their aggressive and brave campaign to get DC characters into whatever they can, with Scribblenauts Unmasked being the latest experimental effort, in order to raise public awareness and popularity toward the DC superhero pantheon, something that has seen gradually more success in recent months and years. The Christopher Nolan-directed trilogy of Batman movies has become the go-to example of revolutionary, Oscar-worthy comic book movies, and the upcoming Superman movie reboot, Man of Steel has been praised by insiders as the, “Best movie of 2013”, potentially also serving as a benchmark for a crossover Justice League movie.

Live-action television has also gotten a nice boost from a DC personality, with Warner Bros.-owned television network, The CW pioneering Green Arrow-starring television drama, Arrow last year, which has become the most popular and successful debuting CW television season since, appropriately enough, Smallville. The recent wrap of Arrow’s first season came with good news that Warner Bros. and The CW have not in fact killed the most recent attempt at a Wonder Woman-starring live-action television series, currently titled Amazon, which remains in development. This would-be show was believed to be killed after the network originally passed on it for this Fall’s upcoming television season, but it is now confirmed that the studio simply wished to tweak it, and that Amazon could optimistically start airing as a mid-season offering as early as Spring 2014!

It goes without saying that the DC catalogue is currently cleaning house in the video game space too, riding in the wake of the ultra-popular Batman: Arkham Asylum and its even more highly acclaimed sequel, Batman: Arkham City, both available for Xbox 360, PlayStation 3 and PC, with Batman: Arkham City also getting a re-release as a launch title for Wii U. These smash hits were recently joined by a well-received and highly successful launch of DC-themed fighter, Injustice: Gods Among Us on Xbox 360, PlayStation 3 and Wii U, with the game currently having its roster bolstered with DLC characters over the next few months. Warner Bros. will follow this with the massively-anticipated prequel effort, Batman: Arkham Origins, which is already generating mountains of hype amongst gamers, and is currently planned for an October 25th release on Xbox 360, PlayStation 3, PC and Wii U, with an independent sibling effort, Batman: Arkham Origins – Blackgate launching simultaneously on 3DS and Vita. 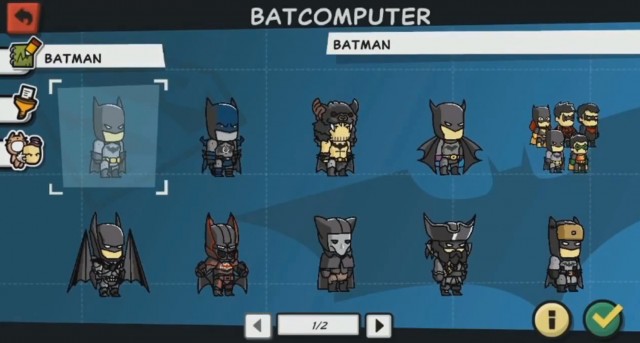 Placing DC characters into Scribblenauts seems inexplicable and reeks of being a sell-out move at first, but when you think about it, it’s actually a clever thing for Warner Bros. to do. There’s lots of more casual, uninitiated gamers that play Scribblenauts, and demonstrating the DC heroes in the latest Scribblenauts effort will help raise awareness of them in a game that’s not solely meant for core gamers alone. Since Warner Bros. is already on a roll with DC games, and has yet to deliver a sub-par Scribblenauts game, Scribblenauts Unmasked is a stroke of mad genius that simultaneously promotes the DC catalogue, while also allowing the annually-releasing Scribblenauts series to stay relevant, even in the midst of two next-gen consoles arriving.

We’ll see how the experiment unfolds, when Scribblenauts Unmasked launches later this year for 3DS, Wii U and PC. In the meantime, we at Eggplante will be keeping our magic notepads at the ready to deliver more hot Scribblenauts news, as it unmasks itself!