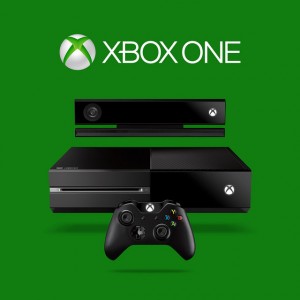 This is the next generation revealed.

Microsoft has taken the wraps off the all-new Xbox One, the next entry in their console story.

Alongside the new console, Microsoft unveiled a new Kinect sensor as well as a significant redesign to the fabled controller, both of which we’ll go more in-depth on in another article.

The console specs are said to be right around what we got with PlayStation 4, including 8GB of RAM, USB 3 ports, and a 64-bit architecture. Every console will come bundled with the newly-unveiled Kinect sensor and include Blu-ray functionality for movies and gaming.

The console is going to rock a 500GB hard drive standard, and no other storage options were given, so we’re inclined to think this will be a single-SKU affair at launch.

Xbox One is launching this holiday season for an as-yet-unannounced price. Stay tuned to all our coverage of Xbox One and its games, accessories, and interactive content as we blow out the show!