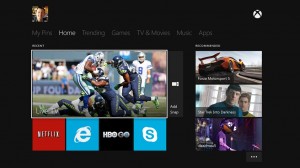 Technically, it could be argued that it’s not an innovation, as Nintendo has already pioneered the console/cable box combination on the Wii U with their Nintendo TVii app. Still, Microsoft appears to be taking the technology a step further, with the Xbox One Guide, which has the added advantage of being powered by Kinect 2.0!

With simple Kinect voice commands, Xbox One users can switch between any channel, program or whatever other TV-related activity they can imagine. Best of all however, they can pull up the Xbox One Guide for complete information on not just their own favourites, but also the ‘Trending’ favourites of the media community at large! Like Nintendo TVii on the Wii U, the Xbox One Guide offers a complete compilation of great television on your cable package all at once, according to both yours and others’ favourites, eliminating the gap between television-watching and other such media streaming with barely two spoken words!

During the Xbox Reveal event, the technology was demonstrated by flipping between multiple channels with just two-word voice commands, announcing the now-obsolete demand for memorizing hundreds of channels, or sifting through a complicated cable arrangement. Whether you call out a channel or a television show, the Xbox One will find it for you, along with any information you may need about it! 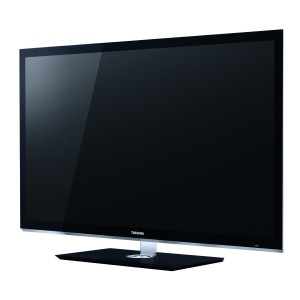 Of course, this begs the question as to whether Microsoft believes themselves to be selling a cable box, or a game console. It was genuinely surprising to see how much Microsoft was apparently selling the new Xbox device as a television appliance more than a gaming platform. This is perhaps a temporary side effect of the console being marketed as a fusion between the Xbox brand and the television however. Still, there is no denying that channel-surfing has never been easier, nor more convenient, even with Nintendo technically coming up with the idea first. Now, even the most technologically-impaired should find it very simple to summon any information or television listings they choose, using nothing but simple speech.

As a streamlining and evolution of technology, the Xbox One Guide is truly impressive, but it also shines as a superb example of how to prove the technology of Kinect. The Xbox One appears to be more dependent on Kinect than ever, since Kinect 2.0 is integrated so much into its functionality, primarily with the Xbox One Guide.

At least this means no more aggravation with trying to dig up your priority viewing of Mad Men though!