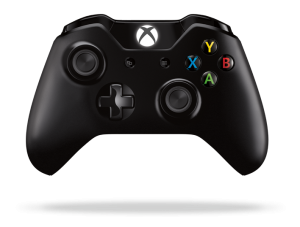 Microsoft hasn’t exactly been known for following in anyone’s footsteps. And it doesn’t look like they’re about to start now.

While Sony arguably copied the Wii and its motion controller for its own Move, Microsoft got rid of the controller with Kinect. When touch screens became prevalent on Nintendo DS and Nintendo 3DS, surprise, Sony put one on the front (and back) of their PlayStation Vita.

That’s all well and good, but Microsoft has always had their own approach to things, and the controller for the new Xbox One is no different.

In the GameTrailers post-announcement episode on Spike TV yesterday, Geoff Keighley interviewed one of the engineers behind the new console and its controller. He stated that they’ve actually prototyped and tested some of the ideas like speakers and touch screens built into a gaming controller, and rejected them for a few reasons.

“We spent the last two years trying to figure out what are the right things we could add in this controller,” he said. “Hey, let’s add a speaker here, and we prototyped these, of course, and you’re like, hey, the best speaker system in the house is actually connected to your television.”

Can’t argue with that! We liked the concept of a speaker in the Wii remote and even the Wii U’s GamePad, but in actual fact, they just don’t work unless they’re high quality enough to make a difference. Even then, what does a mono speaker really add to the experience?

He continued on about touch screens, saying, “We talked about putting a [capacitive] touch display screen here [gestures to the controller], and then this experience [gestures looking up and down at the controller and television screen repeatedly] becomes a lot more challenging. It’s not really useful to the end customer.”

We can’t say that we disagree with any of these points. While Sony might have something great going with their touchpad on the DualShock 4, we can’t see a ton of uses for it outside of the menu screens and in some browsing modes. For those experiences on Xbox 360 and Xbox One, however, Microsoft has essentially designed a separate touch interface you can use with something you already have at home: your smartphone.

We like to hear that Microsoft spent years researching new controller designs and styles to come up with the features they landed on with the Xbox One controller. The Xbox 360 controller is largely perfect, so it’s good to know that there was a lot of thought put into how to make those things better above and beyond just trying to add features for the sake of it.

We’ll have hands-on impressions of the Xbox One controller at E3 in a few short weeks!