As we get to one day away from E3 2013, we wanted to bring to you a new tradition of Eggplante: BINGO.

Tomorrow is Microsoft’s E3 2013 Media Briefing, followed by Sony’s Press Conference as well as a Nintendo Direct E3 2013 presentation scheduled for Tuesday morning. It is only fitting, then, that we host the third, fourth, fifth, and sixth entries in our Eggplante BINGO series!

As you might be used to, print out the card(s) below, cross out the free space (or if you’re really fancy, use a bingo dauber), and have everything on standby as you watch the various events and presentations. We’re not streaming anything live here, but you can catch everything in a few different ways.

As certain things happen in the shows, mark off the appropriate square on the board. If you get a line, either diagonal, horizontal, or vertical, snap a picture and send it to us (either on Twitter or Facebook or email) and we’ll enter you in a draw to win some awesome E3 swag! Since E3 hasn’t actually happened yet, we can’t really say what we’ll be giving out, but we promise to pick out some real gems and offer up one main and one secondary prize for each of the four different boards.

The contest is open to anyone in the world that we can ship to and doesn’t have weird laws about getting free stuff. We also want to make it fair for anyone who can’t catch watch everything immediately, so we’ll keep the contest open until Sunday, June 16th, which should give you enough time to catch the event replays and perhaps any blots you missed!

We’ve done a test run of what we think the obvious things are and have tried to place tiles on the board in such a way that only one “out-there” chance has to happen for you to win. Basically, most of the middle squares are givens in our opinion, but anything can happen over the next few days, so stay tuned!

Now, get that bingo card printed out and have it ready! In the meantime, we want to hear what you’re excited about from E3 2013 all this week!

You can download the Eggplante BINGO cards by right-clicking and saving via the following links, or by dragging the images below to your desktop. 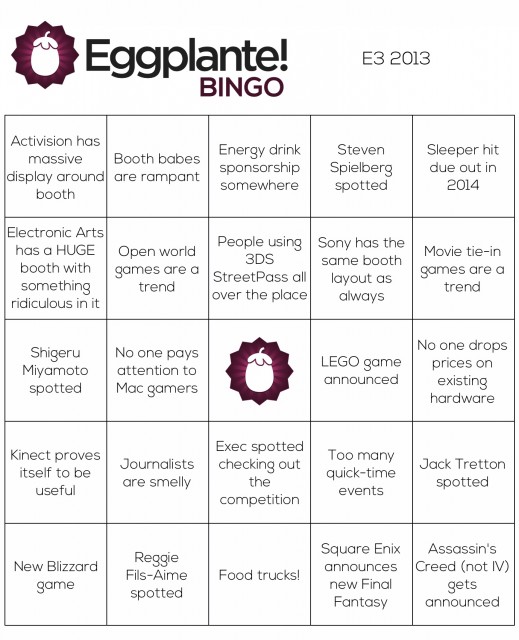 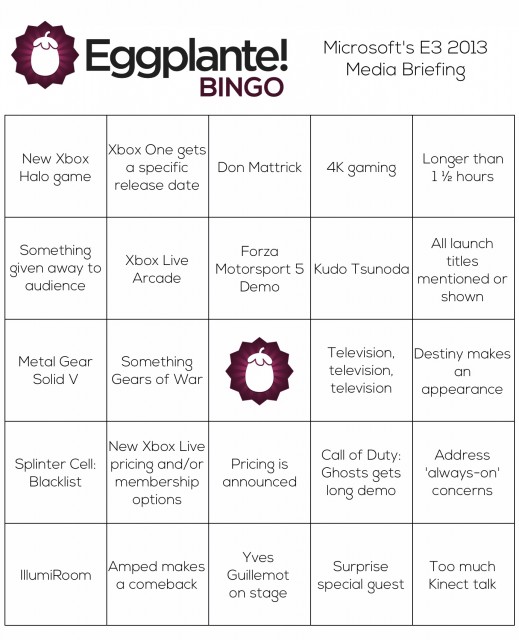 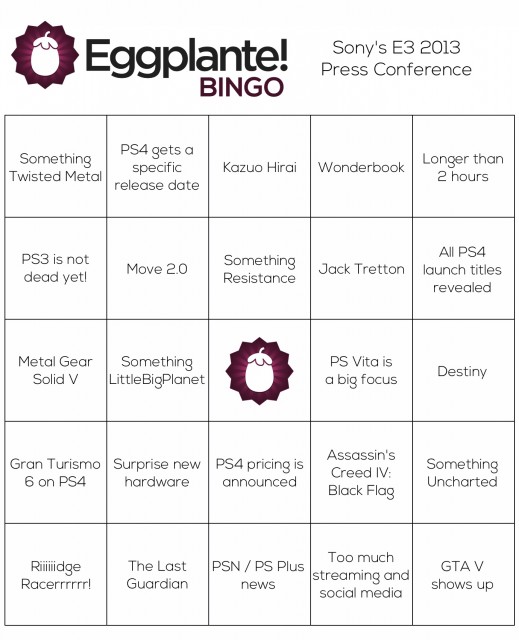 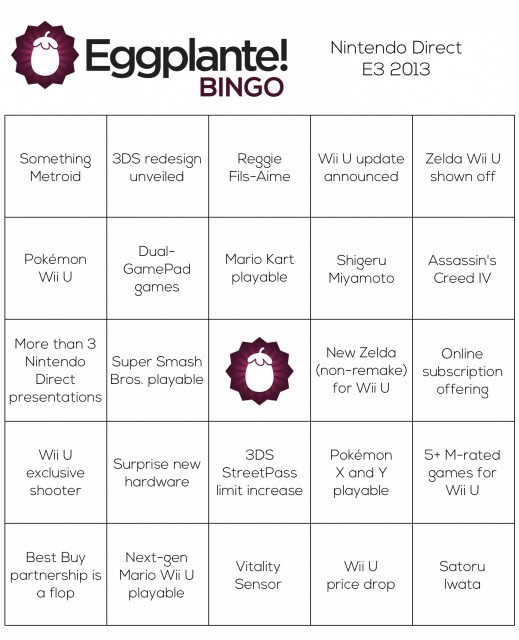