We arrived in Los Angeles just about 24 hours ago, and we took a stroll over to the Los Angeles Convention Center this morning to check out the posters and other displays going up a couple of days before the big show.

One such poster is an escalator-mounted design for Sonic Lost World in the West Hall of the LACC that states that the game will indeed be playable on the show floor at E3.

This is the first time we’ve seen confirmation of this. In fact, sites like SEGA Nerds have even gone so far as to say that “it seems that Sonic: Lost World won’t be playable at the show, but rather ‘showcased’ – so I’m guessing some heavy game footage and PR jazz going on, rather than proper gaming.”

We’re happy to be the first outlet to report the news and will bring more as we get it, including our impressions of the game from the show floor! 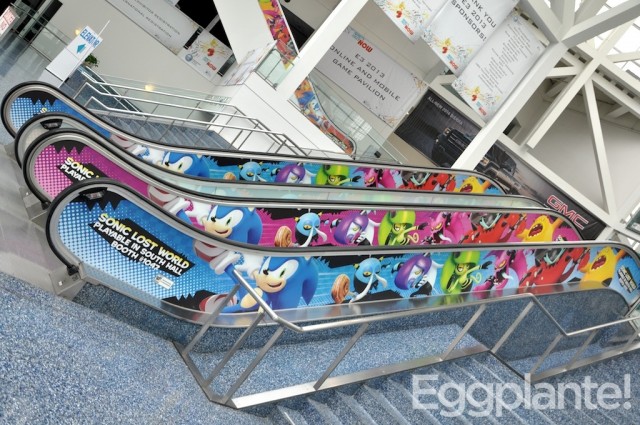