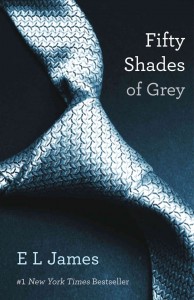 Twilight may have ended its theatrical circuit, but its legacy has lived on. Inspiring derivatives such as Beautiful Creatures and Beastly, the most dreaded cinematic threat aiming to fill Twilight’s shoes was the adaptation of a novel directly inspired by it; Fifty Shades of Grey.

A rumour cropped up here and there, but beyond that, news of the planned movie adaptation was thin at best. Of course, being starved for tentpole franchises, distributing studio, Universal, with their subsidiary, Focus Features, was eager to get the movie off of the ground as fast as they could. Despite turbulent director negotiations, questions over the script and no confirmed casting at this point, it seems that men everywhere now have a countdown clock; Fifty Shades of Grey is coming to theatres on August 1st, 2014.

The aggressive fast-tracking of the movie is a ballsy move, to say the least. Placing a release date just over a year away for such an anticipated movie doesn’t give Universal and Focus Features a lot of wiggle room in terms of production. Moreso however is the fact that Fifty Shades of Grey is directly competing against Marvel Studios blockbuster, Guardians of the Galaxy, coming to theatres on that very same day.

Considering that Marvel Studios has raked in big profits from pretty much any movie they’ve ever released in the Marvel Cinematic Universe, this would seem ill-advised for even such a popular cult adaptation as Fifty Shades of Grey. We suppose that time will tell. That said however, the likely R-rating that the movie is prone to receiving will virtually guarantee that the more family-friendly and audience-friendly Guardians of the Galaxy will flatten it at the box office, unless the studio is out to alienate fans of the book with a watered-down movie adaptation.

Fifty Shades of Grey is a bold cinematic proposition indeed, considering its graphic depictions of sex, dominance fetishism and other such studio-unfriendly past-times between lovers. For those interested, you can see if the gamble pays off when Fifty Shades of Grey arrives on the big screen for August 1st, 2014.

For crucial updates on Fifty Shades of Grey as they’re unwound, keep your gaze on Eggplante.