Criticism regarding the Wii U’s weak third-party lineup has been flying at the console left and right lately!

As we reported, Bethesda has recently joined the ranks of beloved third-party publishers that have said they will not develop games for Wii U (though they later amended the statement to say that they would still make a Wii U game, should they get a good idea for one), and seemingly singing that same tune is mega-publisher, EA. Despite planning to release a port of their highly anticipated FIFA 14 on Wii and 3DS, they have refused to make a Wii U version of the game, citing the platform’s currently low user base.

“When you run a business, you have to make good decisions for the consumers and your shareholders” EA states.

While still proud of the ill-received Wii U port of last year’s FIFA Soccer 13, EA Sports vice president, Andrew Wilson repeated this stance, claiming that the sports gamer following on Nintendo’s new console wasn’t up to snuff for the FIFA brand, nor FIFA 14.

EA has gone on record however to remind the media that they haven’t written off Nintendo, nor the Wii U as a platform. This is despite having no Wii U games in active development, and that nasty incident with one of their programming engineers declaring that the Wii U is, “Crap”. Fortunately, this engineer doesn’t speak for the entire company, as EA has claimed that, when the user base of the console grows, they are certainly planning to more aggressively develop for Wii U.

“Nintendo is still a fantastic partner to us. We’ve enjoyed a long relationship with them!” EA claims. “They are working diligently to increase their install base. As they do so, we will be given cause to re-evaluate.” 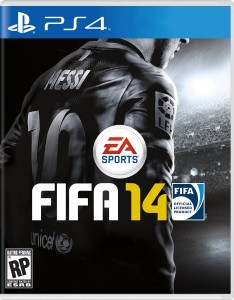 Nintendo’s limited third-party support on Wii U has been a problem since after the console’s initial launch lineup. Despite this, it recently received a boost from the likes of Capcom, delivering Wii U ports of both Resident Evil: Revelations and Dungeons & Dragons: Chronicles of Mystara. Capcom will also be enlisting WayForward, one of the most beloved indie developers around, to bring DuckTales: Remastered to the Wii U eShop as well, along with the other digital channels. They’ve also contributed numerous retro offerings to the Wii U’s Virtual Console lineup in recent weeks, including the first four NES Mega Man games, Mega Man X and Ghosts ‘n Goblins.

Since launch however, the Wii U’s biggest third-party partners have remained Ubisoft, Warner Bros., Sega and PlatinumGames. PlatinumGames in particular will release their only known upcoming game projects at this point, The Wonderful 101 and Bayonetta 2, exclusively for Wii U, under a publishing agreement with Nintendo.

Also, despite the controversial decision to delay the previously Wii U-exclusive Rayman Legends from this February to this September, so that the game could also release on the competing Xbox 360, PlayStation 3 and PlayStation Vita, Ubisoft has been the most inclined to leap to the defense of the Wii U technology.

“As a company, we really like Wii U!” Ubisoft recently declared during the E3 2013 rounds. “We really believe that the second screen [on the Wii U Gamepad] can add a new dimension to gaming. We’re still big supporters of the system!”

In the wake of publishers rapidly appearing to ‘bail out’ of the Wii U publishing circuit since launch, criticism of the Wii U’s lacklustre third-party offerings has only gotten more vocal in recent weeks and months. This has motivated other parties beyond EA and Ubisoft to speak in the defense of both Nintendo and the Wii U however.

“Underestimate Nintendo at your own peril!” proclaimed ex-Junction Point head, Warren Spector, while doing press for the recent Vita re-release of Epic Mickey Two: The Power of Two. This sentiment was echoed by both Activision and Epic Games, who cited that the media has a bad habit of constantly declaring doom for Nintendo, only to be proven wrong about the company’s fortunes time and again. 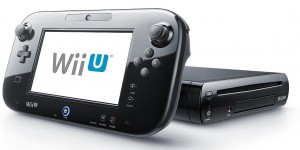 Likewise, chief game retailer, Gamestop has gone on record to say, “Don’t count the Wii U out!” for this holiday season, despite the looming releases of next-gen competitors, PlayStation 4 and Xbox One. Gamestop has also supported claims that the Wii U will see higher sales during this holiday quarter compared to last. Their reasons are that it will be cheaper than Sony’s and Microsoft’s new consoles releasing this Holiday, and backed by guaranteed big-selling titles such as Super Mario 3D World, Assassin’s Creed IV: Black Flag, Watch Dogs, Donkey Kong Country: Tropical Freeze, Batman: Arkham Origins, and The Legend of Zelda: The Wind Waker HD, among other games.

Despite the Wii U’s woes, Nintendo still continues to make a critical and commercial killing on their current handheld, the 3DS, even after its own launch troubles in 2011. The 3DS has seen another banner year in 2013, after being declared by many media outlets as the only universally successful gaming platform of 2012.

Last year did see booming hardware sales for both Xbox 360 and PlayStation 3, especially compared to the slow-starting Wii U. Despite lucrative third-party console titles such as Dishonored, Assassin’s Creed III, Far Cry 3 and Call of Duty: Black Ops II however, software sales for both consoles were down quite a bit compared to the past couple of years, even in the case of big exclusive blockbusters like Halo 4. Consequently, the 3DS sold both hardware and software like gangbusters, having the most blockbuster hits to call its own on top of that.

In any case, we agree with EA; The weak third-party support for Wii U needs to change, but that’s no excuse to write Nintendo off entirely in the coming next-gen arms race! The media does seem to have a nasty habit of continually predicting Nintendo’s downfall, and yet constantly being proven wrong in the long-term, often embarrassingly so. The 3DS has offered further proof that the right games can really turn Nintendo’s fortunes around, and surely, Wii U’s killer app is kicking around someone’s office somewhere…

Do you find that lacklustre third-party support has prevented you from purchasing a Wii U? Do you think that this whole uproar is much ado about nothing? Will Nintendo’s triple-A brands still carry them amidst the massive threat of PlayStation 4 and Xbox One? Don’t be shy! Voice your opinions in the comments below!