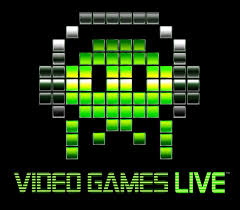 Do you like video game music? If you do, chances are you’ve heard of Video Games Live; A concert movement dedicated entirely to spreading the musical culture of video games!

It was mainly North America that got to enjoy the Video Games Live concerts beforehand. Now however, the immensely positive reception has allowed the tour to expand to various other parts of the world! South American audiences in countries such as Chile, Brazil and Peru can now attend the show. It will also be expanded to Mexico and Dubai, while also accommodating more locations in the United States, starting with Omaha, Nebraska. Dates and locations for later in 2013 and 2014 will be gradually determined later.

Video Games Live is endorsed by the game industry’s top composers, who are often in attendance to various shows as well! This expansion will include world premieres by the music artists of Blizzard Entertainment, and the pieces they contributed to Diablo III. Previous games and franchises that were part of the concerts include Final Fantasy, Kingdom Hearts, The Legend of Zelda, Mega Man, Pokemon, Castlevania, and Halo.

While Video Games Live specializes in live orchestra, they have delivered renditions of iconic gaming tunes in all varieties of music. They’ve performed a range from heavy metal to woodwind solo to folk tunes and even to vocals. Certain shows even have interactive segments, allowing audiences to play retro arcade hits such as Asteroids and Frogger in tune with the music, should they have the honour of coming on stage.

If you haven’t yet seen a show of Video Games Live, we strongly recommend you check it out! Whether recent franchises like Uncharted or BioShock, cult hits like Chrono Cross or Myst, musically-famous game properties such as Mega Man or Castlevania, and game franchises everyone lovingly knows and recognizes, such as The Legend of Zelda or Sonic the Hedgehog, Video Games Live has something for everyone. It’s an important celebration of video game culture, particularly in music, and it’s a breathtaking spectacle indeed!

Should any important news come up regarding Video Games Live or other video game-related concert movements, Eggplante will be carrying that tune in our news brackets!