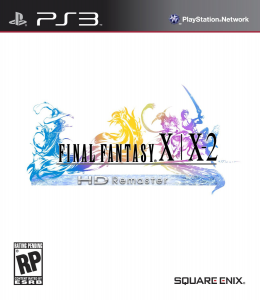 UPDATE: Square Enix appears to have changed their minds on cross-play to a degree. They’ve since affirmed that Final Fantasy X HD Remaster and Final Fantasy X-2 HD Remaster will support cross-saves between PlayStation 3 and PlayStation Vita, allowing you to move your save file between both platforms so you can play at home, or on the go.

It sounds like you need to purchase the games on both platforms to do this however, so we’re not totally sure it’s worth it, personally. As a reminder, the two HD re-releases are bundled together on PlayStation 3, but you’ll need to buy them separately on PlayStation Vita. Original article below:

Shrugging at the earlier news that Lightning Returns: Final Fantasy XIII pre-orders would come with a downloadable Cloud Strife costume for your game? Well, the Final Fantasy series apparently has a much bigger bomb to drop on you then!

Square Enix hasn’t given official confirmation on the new ending yet, and since Shonen Jump is a Japanese magazine, this could potentially only be addressing the Japanese versions of these games at this point. None of the game’s English voice actors have spoken up about recording new dialogue for the HD re-releases either. Perhaps Square Enix has sworn them to secrecy?

Square Enix previously claimed that Final Fantasy X/X-2 HD Remaster would not be receiving additional content, beyond the HD revamp and the addition of Trophies. An all-new half-hour-long ending sequence would certainly fly in the face of that claim! Still, it’s possible that Square Enix might have only been talking about gameplay additions, and wasn’t addressing potential tweaks or modifications to the existing story. Beyond this report of a new ending, it appears that the rest of the story in both HD re-releases is unaffected, including already-recorded dialogue.

Final Fantasy X and Final Fantasy X-2 were both initially released for the PlayStation 2, where they were both met with high acclaim and sales worldwide, both eventually joining the ‘Greatest Hits’ line as well. Final Fantasy X-2 also has the distinction of being the very first direct follow-up game to a previous Final Fantasy title, whereas successive mainline sequels always take place in entirely separate, independent universes, with new storylines, characters and gameplay mechanics to boot.

Final Fantasy X HD Remaster and Final Fantasy X-2 HD Remaster will release worldwide before the end of this year. The two games will be bundled together as a single package on PlayStation 3, but they must be purchased separately on PlayStation Vita, offering portability to compensate. Cross-play is not supported between the two versions. The bundled PlayStation 3 edition is apparently being sold at a discounted $39.99, according to Gamestop, though current Vita pricing appears to be unknown.

Once again, Eggplante will be here to vigilantly report on all of your Final Fantasy news, as it appears before us! 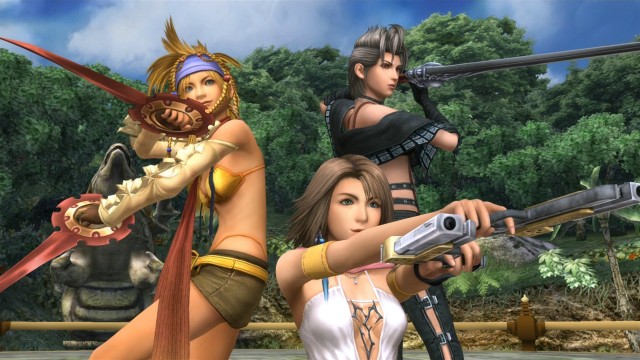