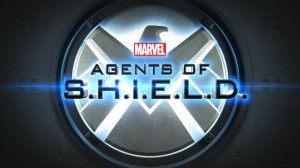 The San Diego Comic-Con for 2013 may not have started yet, but, as expected, several bits of comic book news ended up leaking early!

First, we got confirmation that Fox is working on a movie adaptation of X-Force. This was followed by a leak of X-Men: Days of Future Past plot details and mystery roles, which Comic-Con will likely confirm in a few short days. Best of all though, ABC has given their Fall schedule, and they’re not waiting for Marvel to announce the much-anticipated premiere date of Agents of S.H.I.E.L.D.!

In the press release of their Fall schedule, ABC has confirmed that Agents of S.H.I.E.L.D. will premiere on September 24th, in the 8:00-9:00 EST timeslot. This will place it several weeks ahead of DC’s rival live-action superhero show, Arrow, which begins its second season on October 9th. Both shows will predictably have presentations and plenty of coverage at Comic-Con this year.

Agents of S.H.I.E.L.D. is a spin-off television series, taking place in the Marvel Cinematic Universe established by Marvel Studios’ feature films. It revolves around a team of highly skilled secret agents, headed by Phil Coulson (Clark Gregg), who cheated his apparent death in The Avengers. Coulson leads a squad of new S.H.I.E.L.D. agents in the investigation of strange, super-powered incidents in the human world.

The Avengers writer and director, Joss Whedon also wrote and directed the pilot episode of Agents of S.H.I.E.L.D. ABC has already ordered the pilot to series, surprising no one. While it stars no recognizable Marvel personalities (beyond Coulson, who was originally invented for the Marvel Studios movies, but was inserted into the Marvel comics due to his immense popularity among fans), Marvel hasn’t ruled out exploring lesser-known elements of Marvel mythos as the show goes on.

ABC will also be debuting high-profile new sitcoms, The Goldbergs and Trophy Wife on the same night as the Agents of S.H.I.E.L.D. premiere. The next seasons of Modern Family and Nashville will also begin the next day, on September 25th. Veteran series, Grey’s Anatomy will hold its two-hour premiere on Thursday, September 26th. Well-received fairy tale-themed series, Once Upon a Time begins its own new season on Sunday, September 29th. It will be debuting a Lewis Carroll-themed spin-off, Once Upon a Time in Wonderland, on October 10th. Beforehand in October, ABC will also be starting anticipated Rebel Wilson-starring sitcom, Super Fun Night, specifically, on the 2nd.

For all of your news on Agents of S.H.I.E.L.D., Eggplante will be declassifying the facts, as they become available!