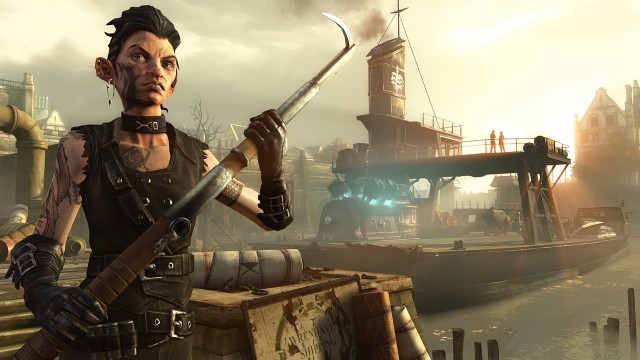 Do you love Dishonored? If you do, you’ll be happy to know that Bethesda has given concrete details and release info for the game’s third and final DLC expansion!

The Brigmore Witches is a continuation of the bonus storyline in the game’s second DLC pack, The Knife of Dunwall. Players will once again assume the role of super-assassin, Daud, this time in pursuit of Delilah, the head of a coven of witches bent on destroying you. Two new rival factions, The Dead Eels and the Hatters, will need to be trusted to smuggle Daud through Dunwall, so that he may finish Delilah once and for all!

Dishonored’s main game places you in the role of Corvo Attano, who is attempting to destroy a conspiracy that saw the murder of the empress he was sworn to protect; A murder he was also framed for. The two story-focused DLC packs focus on rival assassin, Daud exclusively however. Before that, another DLC pack, Dunwall City Trials, was released, offering a series of challenge-based maps in lieu of new story content.

In the process of detailing the DLC’s premise, Bethesda also confirmed that The Brigmore Witches will be available to download on August 14th, for $9.99, or 800 Microsoft Points for those playing the Xbox 360 edition.

Seeing as this is the final planned DLC expansion for Dishonored, and the game was one of the few 2012 games that actually sold above expectations, Bethesda also remarked that they were exploring their options for possible sequels. This echoes the sentiment of developer, Arkane Studios, who are confident that Dishonored will become a franchise that sees more than one follow-up. Sadly, no sequels, however likely they are, are confirmed at present.

Dishonored is available for PC, Xbox 360 and PlayStation 3, and has received high acclaim on top of its strong sales. Fans of stealth gaming definitely shouldn’t miss it! On that note, Eggplante will be sure to Blink to you all of your Dishonored news, as we can trap it!