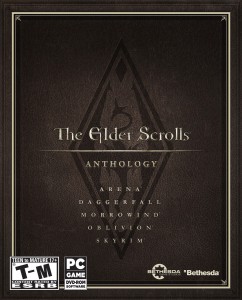 Despite the disappointing, albeit understandable delay of Wolfenstein: The New Order, QuakeCon wasn’t entirely bad news for Bethesda. The publisher announced that they will be compiling all of their Elder Scrolls RPG’s into a single complete package dubbed The Elder Scrolls Anthology!… But only on PC.

The Elder Scrolls Anthology will come to retail on September 10th, and will set players back a hearty $79.99. For just the standalone games, this may be a tad pricey, considering that Morrowind and Oblivion in particular are both dirt cheap now, even if Skyrim will still run you about $25-$30 at best, even for a used copy.

Fortunately, The Elder Scrolls Anthology also includes all DLC and expansions for Morrowind, Oblivion and Skyrim. This makes it a better deal for PC gaming fans who are missing some or all of the games and expansions. We have to say though, it is kind of strange that Bethesda only recently released The Elder Scrolls V: Skyrim – Legendary Edition, compiling all bits of DLC with the main game for a full $60, only to announce this only slightly more expensive anthology of every game in the series just a short while later. At least Skyrim’s re-release will still have some appeal with console gamers however, since they’ll be missing out on this awesome compilation of Elder Scrolls games!

Eggplante will be continuing to deliver you all of your Elder Scrolls news, as we can unravel it! 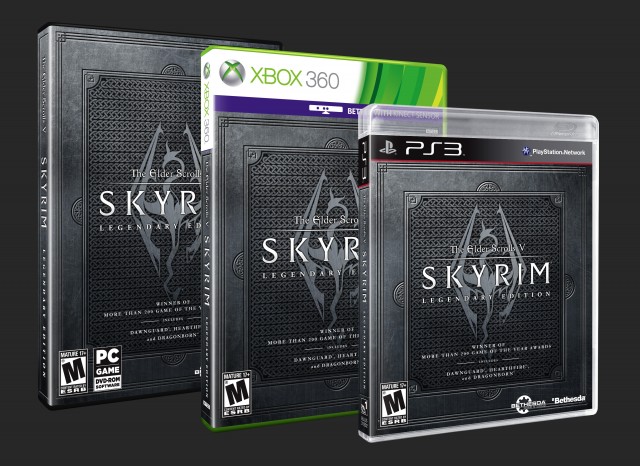