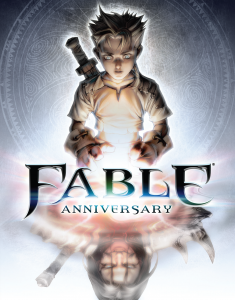 Even HD remakes can hit development bumps it seems. Developer, Lionhead Studios has just announced that their upcoming RPG re-release, Fable Anniversary has unfortunately been delayed into next year. It was originally slated to release this Fall.

Thankfully, the delay isn’t too long, as the game is now expected to release in February of 2014.

February 2014 is quickly becoming a crowded month for high-profile game releases! Fable Anniversary now joins RPG finale, Lightning Returns: Final Fantasy XIII, stealth game reboot, Thief, gothic action sequel, Castlevania: Lords of Shadow 2, and hotly anticipated PlayStation 4 launch window title, inFamous: Second Son, all slated to release that same month at this point. These could be joined by even more games as well, given that many developers are hoping to release their delayed 2013 games in Q1 2014, so they can be counted as earnings for their current fiscal year, spanning until March 31st.

While Fable Anniversary will largely be a beat-for-beat re-release of the original Fable, with high-definition graphics and achievements added for the re-release, Lionhead has confirmed that the bonus content in Fable: The Lost Chapters will be included in Fable Anniversary. Beyond that, it doesn’t seem like any new play modes or extras are planned for the game at this point.

Releasing in 2014 will also make the title make more sense anyway, given that Fable initially debuted on the Xbox in 2004. Its special extended edition, Fable: The Lost Chapters released on PC as well as Xbox in 2005, and was outsourced to Feral Interactive for a Mac port, released in 2008.

Fable Anniversary doesn’t have an exact date beyond February, but it will release exclusively for Xbox 360. The series will continue on Xbox One sometime later with Fable Legends, a co-op focused online RPG.

Eggplante will continue spinning your Fable news, as it appears to us.