In June, we had the immense pleasure of attending Symphony of the Goddesses: Second Quest, a fantastic evening of Zelda music performed by a live symphony orchestra. It was the second playing we’d been to, the first of which was in Toronto last year.

Now, returning to Toronto for one night last week, Nintendo saw it fitting to bring back the Symphony of the Goddesses, and along with it, new music from our favourite series for this return to Toronto.

You’ll be able to see our full review of the show here, as the event was largely the same as the performance in Los Angeles, so we wanted to share some photos of the evening and touch on a few of the show’s differences this time around.

Eímear Noone, the show’s usual conductor, was absent from this performance, though Nancy Seider, the wife of a brainchild of the operation did an incredible job filling in. No, there was no conducting with a Wind Waker baton, but she did a fantastic job nonetheless.

Something about the Toronto audience also came alive in a way we didn’t expect, especially coming off the gamer-centric Los Angeles showing during E3 2013. There were more people in costume than we’ve ever seen at the symphony, many of them with beautifully home made costumes. There were even a few little boy Links dressed up for the occasion, each of which slayed more girls’ hearts than they did Ganon or Ganondorf.

The four movement symphony contained the same music as the Los Angeles performance, though it was yet another treat. The music, beautifully matched to visuals displayed on the large projector screen, enchanted the room and captivated the 3000-plus Zelda fans listening (and likely humming or whistling along).

The crowd erupted for wonderful pieces like Dragon Roost Island, the Wind Waker and A Link to the Past medleys, and, of course, the theme for Skyward Sword which closed out the show.

If you haven’t already, do yourself a favour and check out the Symphony of the Goddesses when they make their way to you. With any luck, the show will have a third run, but don’t count on that being your way out. Act now as there are only a few confirmed dates left on the roster! In the meantime, take a look at some pictures from the evening below. 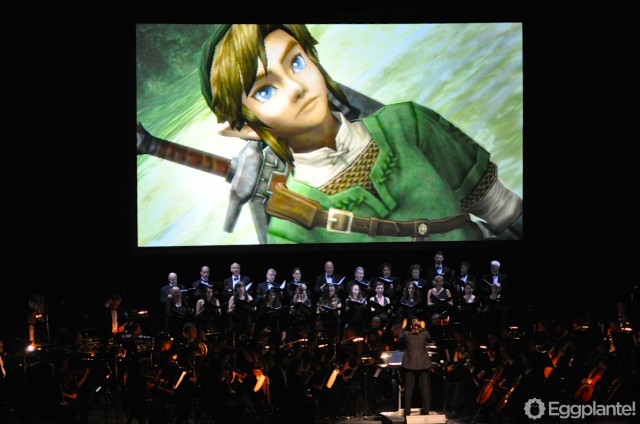