At E3 this year, we were treated to something special from Nintendo. No, not the games or the events, but rather, a concert series that takes music from one of our favourite franchises, and arranges it in beautiful form to be played by a live symphony orchestra.

Yes, this is The Legend of Zelda: Symphony of the Goddesses. And since it’s the second round of performances, they’ve called it, naturally, Second Quest.

Like the first round, Second Quest began with an opening medley from the series. The organization of the songs didn’t exactly follow the timeline from Hyrule Historia, but we’re not sure anyone really cared.

The first movement of the symphony took us through the music of Link’s Awakening and series underdog Spirit Tracks. The theme from the former was instantly recognizable, especially considering the game is playable on the 3DS as a download from the eShop. It brought us right back to our Zelda-playing days of yesteryear and reminded us just how much of a jewel the Ballad of the Wind Fish is.

Ocarina of Time was also included in the first movement, and while there’s no telling how much we love that entry in the series, there are no words to describe how beautiful hearing the melodies from the game performed by a live symphony orchestra can be. It was truly breathtaking. 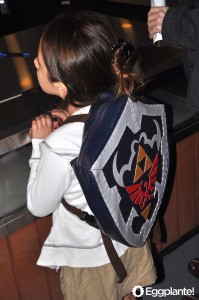 The second movement brought us to The Wind Waker as well as treated us to the Gerudo Valley theme, which is usually reserved for an encore. With the upcoming release of The Wind Waker HD on Wii U in a few months, it’s no wonder that the piece was so well received. The music is instantly relatable and threw us right back into our GameCube-playing childhoods. Of course, it didn’t hurt that the music was conducted with the Wind Waker baton.

The third movement got darker with themes from Twilight Princess while the final movement wrapped up with another soon-to-be-released title (sort of) with the music from A Link to the Past. Arguably the best of the 2D Zelda titles in existence, A Link to the Past‘s music is probably more memorable than we ever fathomed. The sense of terror from the environment with crashing rain and wind is staggering, especially for a 2D world. Hearing the pieces performed live did nothing but thrill us.

In usual fashion, the orchestra, led by conductor Eímear Noone, played three encore pieces: a medley from Majora’s Mask, the theme from Dragon Roost Island in The Wind Waker, and the theme from Skyward Sword. All three pieces were expertly played and put a controller back in our hand as we discovered the worlds for the first time. It is this concert series that has inspired us to continue playing the games that we love, knowing that even the newest titles in the franchise can have profound and lasting effects on us as gamers.

If you have the opportunity to see The Legend of Zelda: Symphony of the Goddesses as the show travels through North America, even the smallest Zelda fan should seize it. 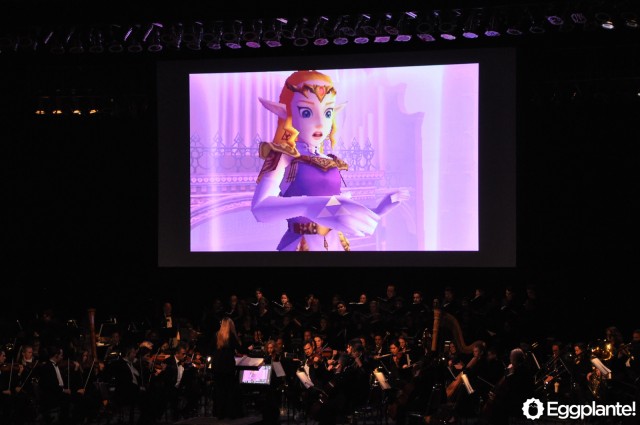