Once again, a Mario & Luigi game answers a question that Nintendo fans may not have asked themselves previously; Just what exactly goes through Luigi’s head when he’s watching his brother be the widely adored hero?

Just as 2009’s previous Mario & Luigi: Bowser’s Inside Story proved a series high point when it gave DS gamers a surprisingly fun biology lesson on the Koopa King, Mario & Luigi: Dream Team instead shifts the focus to the psychological. It also continues Nintendo’s declaring of 2013 as the, “Year of Luigi” in style, allowing Luigi to better anchor the Bros.’ latest adventure with his fantasies of being the main man.

In the realm of Luigi’s fantasies, which Mario must continually explore as the player navigates Dream Team’s setting of Pi’illo Island, the only limit is the slender plumber’s imagination. In the world of Luigi’s dreams, you can stack piles of Luigi’s on top of each other, rain them down on your enemies with each jump attack, and even unleash legions of Luigi incarnations at your foes in a variety of colourful and fun ways!

Luigi can even become one with the scenery in the world of his dreams, allowing the player to grab and flick Mario with trees by pulling on Luigi’s moustache with the stylus in the real world (Luigi accessibly snoozes away on the Touch Screen while in the dream world), or perhaps tickle the real-world Luigi’s nose to make him sneeze a mighty gust of wind that clears obstructions in the dream world. 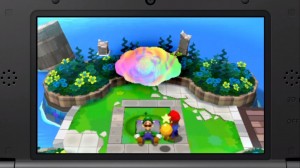 The well-received ‘Giant Battles’ from Bowser’s Inside Story even make a comeback here, this time allowing players to take control of Giant Luigi instead. Once again, they have you turn your 3DS on its side, in this case temporarily disabling the 3D effect, entirely having players control proceedings with a combination of the stylus and gyroscope. The switch from the established RPG mechanics in the Giant Battles and their own special mano-a-mano moveset will be a bit jarring for newcomers, but once players get the hang of the Giant Battles, they’ll find that they’re once again some fun and clever highlights for the game.

Of course, much of this creativity takes a backseat when you’re just playing as Mario and Luigi normally in the overworld of Pi’illo Island. After an attempt at a vacation with Princess Peach and her subjects on the tourist island inevitably goes awry (doesn’t it always?), you’ll find yourself spending just as much time wandering around the tourist-filled Pi’illo Island vacation spots, doing typical Mario & Luigi fare. This includes slogging through tutorial after tutorial of various mechanics that you’re already well familiar with if you’ve played any combination of the prior three Mario & Luigi games. Even newcomers who aren’t small children or completely inexperienced gamers will probably find the game’s excessive tendency to explain its exploration mechanics to death rather patronizing at best.

If you’re unfamiliar with the Mario & Luigi series, they’re mainly RPG’s at their core, but also blend elements of both traditional Mario platformers, and even some Legend of Zelda-flavoured action-adventure. Consequently, you spend much of Dream Team hopping in and out of Luigi’s dreams as necessary (thankfully, Luigi can instantly go to sleep wherever he lies, a bizarre, but undeniably helpful talent!), exploring around, interacting with Pi’illo Island staff and tourists, hitting ? blocks for items, spending any coins you find on items and improved gear, and of course, fighting enemies. 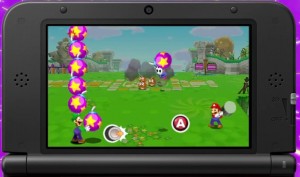 If you’ve played the prior Mario & Luigi games, the battle system is entirely unchanged here. Once again, combat is initiated by making contact with enemies while exploring, and will award you a free hit if you jump on an enemy or whack them with your hammer, though it’s best not to jump on spiked enemies, of course. From there, combat is turn-based with Mario, Luigi and enemies taking actions according to their Speed stat.

As per tradition, there’s a twist in the turn-based combat as well! Mario and Luigi aren’t just left to take enemy hits on opposing turns, as with the majority of turn-based RPG’s. Instead, you can press the A button for Mario, and the B button for Luigi, jumping over enemy attacks to both avoid and counter your foes, as well as hold the buttons down and release them to potentially knock back both projectiles and flying enemies with your hammers. Once again, having good perception and reflexes is paramount to success in battle, and the unique Mario & Luigi battle system remains as fun and enjoyable as ever in Dream Team!

The battle system is at its best in the dream world as well, whereupon Luigi is absorbed into Mario, enhancing Mario’s jumping and hammer attacks, which can again be strengthened with properly-timed button presses to inflict greater damage, in both the real world and dream world. You can also make use of various ‘Luiginary Attacks’ while within Luigi’s dreams. These are the special attacks that consume BP (Bros. Points) to use, and allow Mario to amass legions of Luigi’s against his foes. These attacks make use of the buttons, the Circle Pad, the stylus and even the gyroscope as necessary. Some of them take practice, and messing them up can lead to a frustratingly wasted turn, but successfully pulling off these mighty Luiginary strikes is both stylish and very satisfying, not to mention an entertaining twist on the Bros. Attacks from prior games! 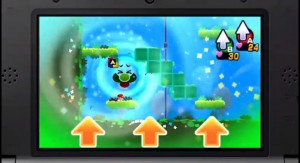 While these attacks require some player skill to pull off, and can be helpfully practiced to your heart’s content in the Start menu after you unlock them, the only ones that really feel like a nuisance are the gyroscope-controlled attacks. At the very least, the 3DS offers to suspend the 3D effect while you use them, and the ones where you aim with the 3D Screen work well enough. The real problematic ones are the ones that require you to tilt your 3DS around however. They feel wonky and un-cooperative much of the time, and seem to be especially problematic on a 3DS XL. Most players will probably opt to ignore them, especially when you can use equally powerful Luiginary and Bros. Attacks with both buttons and touch control.

Even if not every dream mechanic feels like a winner however, players will savour the opportunity to wander Luigi’s dreams. As with the shifts in and out of Bowser’s body in Bowser’s Inside Story, Dream Team presents an isometric three-dimensional world in the real-world sections, but goes to a two-dimensional view with an emphasis on platforming in the dream sections. Most of the time, the dream sections feel much more exciting, not to mention much more distinctly presented like an actual Mario game, RPG design and all!

In the real world, returning Mario & Luigi fans especially will be less engaged, as proceedings become much more typical of a Mario & Luigi game. Mario and Luigi learn the same hammer tricks, spin jumps and navigational knowledge that they did over the course of the previous three games. Progression across Pi’illo Island’s various deserts, mountains, towns and forests also feels like it’s just been done before in the prior three games. It’s nothing bad or broken mind you, but Pi’illo Island’s overworld lacks the same imagination and memorable charm of the dream world sections. 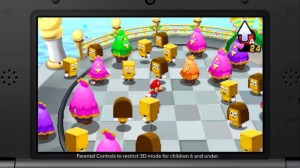 Still, you can tell that returning developer, AlphaDream wanted to make an epic, albeit charmingly silly adventure that gives gamers’ their money’s worth. New mechanics like Expert Challenges, which reward you with unique gear for performing well in battle as sort of an in-game achievement system, and the ability to replay battles you lose on an easier difficulty setting, as well as unlocking a harder difficulty setting upon beating the game, help to broaden the appeal of Dream Team even further from its predecessors!

It’s not a brief adventure either! Our reasonably thorough playthrough lasted just upwards of forty hours, making Dream Team likely the lengthiest Mario RPG to date! You might feel that the adventure could have shaved a few hours off of itself, particularly since it throws in a tedious backtracking-filled fetch quest shortly before the climax, but for the most part, the story remains charming, fun and engaging throughout its beefy duration. It certainly helps that Pi’illo Island packs in loads of loveable, memorable personalities in its cast of characters as well! Longtime Mario & Luigi fans will even recognize some surprising familiar faces from prior games, including Broque Monsieur, Big & Lil Massif, and even Beanish thief, Popple!

Dream Team offers enough novelty, charm and entertainment to make it a worthwhile adventure for Mario fans that own a 3DS, even if it’s a bit of a step down in overall quality compared to Bowser’s Inside Story. Even so, Dream Team remains one of the more colourful and fun adventures in the 3DS library, particularly if you’re already a fan of RPG’s and/or Mario games. The game may not be in the same league as the stellar Super Mario 3D Land or Luigi’s Mansion: Dark Moon, but it does make a great follow-up investment to 3DS gamers who already enjoyed last year’s equally loveable Paper Mario: Sticker Star.

As far as the top Mario & Luigi game goes, it’s still a heated duel between the original Superstar Saga and the previous Bowser’s Inside Story, but at the very least, Dream Team effectively manages to be a worthy entry in the series, which confidently delivers the same established brand of fun in its debuting 3DS effort.