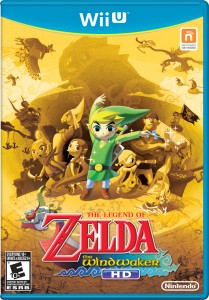 The thing about the Zelda series is that the games tend to follow the same formula, and while it is an excellent formula at that, it can become a bit long in the tooth if you try to play the games in quick succession.

When Nintendo decided to develop The Wind Waker, however, not only did they make the biggest visual change in series history, they also managed to make some pretty big overhauls to the world, story arc, and gameplay mechanics.

The Wind Waker HD is little more than a simple visual upgrade, and while it’s a welcome one, there aren’t a lot of other changes made to the game’s core. And while the game is certainly a remake in every sense of the word, given that ten years have gone by since the original title’s release, we think it’s time to put the entire game through its paces for a full review.

The visuals are the biggest change to the game since its original release way back in the early 2000s, and they’re nothing short of delicious. The colourful, bright, wispiness that the original title was known for has been amplified and made somehow more perfect at the same time.

When we play a game like The Wind Waker HD, we look at its predecessor with rose-coloured glasses. Playing the HD remake made us feel like we were looking at exactly what we played ten years ago. Somehow, Mr. Aonuma’s team managed to make the game even more like itself than it originally was, if that logic follows.

A few people have been around the inter webs complaining about the blown-out nature of the lightning and some of the shadowing being a bit off. We’re kind of confused about that because, frankly, we think those people are what you’d call “wrong.” In all seriousness, the lighting in The Wind Waker HD is beautiful, and blown out where it should be. Have you ever been in the middle of the ocean with the sun gleaming down and no clouds to block the sun? Guess what? The light would be blown out.

There are a few alarming framerate issues that are worth noting, especially considering they’re the same issues we remember having on the original title over a decade ago. When you’re firing multiple bombs at an island or another ship, you can drop right down to about 20 frames per second, by our estimation, and it pulled us out of the experience a couple of times. With that said, this is a minor thing. If anything, the fact that it happened makes us worry more about the future of the Wii U and what power it’s putting out than Zelda itself.

Gameplay is what you know and love from the Wind Waker game, and much like the Halo: Combat Evolved Anniversary Edition, Nintendo has gone to great pains to keep things the same in this respect. Of course, there are small differences such as the addition of Miiverse as well as the Tingle Tuner, but the latter’s removal was necessary because it relied on hardware that just isn’t available anymore.

Bosses fight exactly the same way they did before, and the wide aspect ratio of the game now makes it much easier to get an idea of what is going on around you. It almost makes the battles feel easier at first, but that is more likely due to the fact that The Wind Waker was never a supremely challenging game. The opening stealth sequence reminded us very much of the Gerudo Valley sequence in Ocarina of Time, just as it did when we first played the game. It’s a slow start to the game, but it really lets you appreciate the world and take in the visuals: lit torches and the lighting they produce, shadows cast by watchtowers and catapults, and guards that seemingly have no specific route, even though they do. 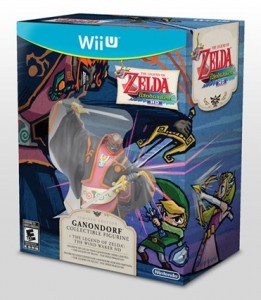 Sailing the overworld in the original title was time consuming and, well, boring most of the time. But this time around, Mr. Aonuma has seen fit to give us a speed boost when taking control of the King of Red Lions. There are also ways to transport around the world map with a flick of the Wind Waker, though that doesn’t happen until roughly half way through the adventure.

The story line, predictably, hasn’t changed at all. You’re tasked with saving the world, yet again, though that isn’t nearly as repetitive as it sounds given that you go about it in an entirely different way this time around. You’re a younger Link, befriending pirates who may or may not turn out to be princesses – spoiler ale… wait, this game has been out for ten years – Tetra is actually Princess Zelda!

As with any Zelda game, probably our favourite component centres around audio. The Wind Waker introduced us to some of the most unique in-game sounds in the series, including our favourite clangs and notes with every sword strike. Taking out bokoblins has never been so fine, especially with the remastered audio in The Wind Waker HD.

In all, this game is a stunning package, and while a shorter entry in the Zelda franchise, it is worth every penny of its $60 price tag. Grab the physical copy, because it comes with wicked holofoil box art, and guarantees it’ll sit on the shelf next to the original game in your collection.