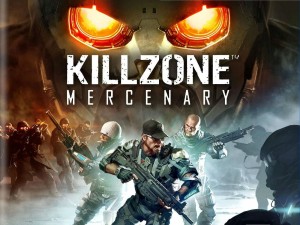 It’s been an arduous wait of nearly two years since the handheld’s launch, but finally, for the first time, the PlayStation Vita has a first-person shooter that it can be proud of!

Despite the Vita’s seemingly natural build for the likes of FPS gaming, Sony’s current handheld has already had two high-profile misfires in the genre, if you’ll excuse the pun. Resistance: Burning Skies was so aggressively dull and mediocre that it’s appeared to have killed the ailing Resistance franchise as a whole, let alone its prospects on Vita. Things only got worse a few months later with the release of Call of Duty: Black Ops – Declassified, a broken, shallow embarrassment that insulted Vita gamers and Call of Duty fans alike with its very existence.

Thanks to Killzone: Mercenary however, those dark times are finally over. The game may not compare to the series’ landmark Killzone 2 and Killzone 3 on the PS3, but it’s a well-made and surprisingly addictive shooter, as well as just a very fun and rewarding Vita game on its own merits.

Killzone: Mercenary is something of a side story that unfolds concurrently with the events of Killzone 2 and Killzone 3, beginning shortly after the conclusion of the original Killzone on PS2. During the campaign, players will take control of Arran Danner, a skilled human mercenary who works purely for a paycheque, apathetic as to whether it comes from either side of the Killzone franchise’s warring factions, the humanitarian ISA army, or the Nazi-like mutant Helghast forces. 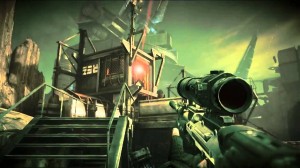 The campaign unfolds over the course of nine missions, dubbed ‘Contracts’, which unfold in typical FPS fashion. You’ll move between checkpoints, shooting foes, be they ISA or Helghast, and accomplishing simple objectives like defending a point of interest, flipping a switch, or assassinating a target. The gameplay is pretty standard for what Killzone fans have come to expect, albeit with one significant twist. That twist is the paycheque.

You see, every action you take in Killzone: Mercenary, from mundane actions like simply killing enemies, to more ambitious feats like disabling vehicles or killing faraway foes, deposits Vektan Dollars into Danner’s account. You’ll use these Vektan Dollars as a means to purchase new weapons, armour and gadgets, which in turn allow you to outfit Danner however you wish, in order to suit your play style.

This element of the game is quite ingenious, for two key reasons. First is the fact that players can make Danner into whatever kind of mercenary they wish, even before properly finishing the campaign. You can make him a heavy bruiser that is loaded with explosives and makes as much noise and destruction as possible, or a stealthy cloaking assassin that dispatches targets cleanly and professionally without causing any alarm to other foes, or perhaps something in between.

Killzone: Mercenary has a deceptively large arsenal of weapons and tools that can be bought from the weapon kiosks of black market merchant, Blackjack, offering all sorts of flexibility to play the way you want to play. Even most console shooters don’t afford players that kind of luxury in their campaigns, so the fact that this incredible level of campaign customization exists in a Vita game is all the more impressive! 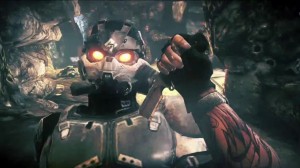 The other key reason as to why the campaign setup is ingenious for a portable FPS however is the act of earning money by itself, which is endlessly addictive and rewarding. Since every small action will add up to great results, players will be especially compelled to keep playing and mastering the game. Sure, there’s plenty of trophies to chase after as well, and some will take you quite a while to attain before you have a shot at the Platinum Trophy, but even just watching your resources grow by playing however you wish proves to be a compelling reason to play the campaign over and over again, even just as a time-killer on the go.

Unfortunately, this gameplay flexibility and depth comes at a price, especially on a handheld, as Killzone: Mercenary presents a woefully anemic campaign length, barely reaching about a four-to-five-hour duration before the credits roll. You may not even need more than a single Vita battery charge, depending on your skill level. This gives Killzone: Mercenary the shortest campaign in the entire Killzone series to date, and that’s quite a disappointment. Still, for what the campaign lacks in length, it makes up for in replayability, so it could be worse.

Of course, the means to make and spend money are not simply limited to the single-player campaign. Killzone: Mercenary presents an online multiplayer suite for up to eight players. There’s only six maps and only three modes, but the multiplayer suite in Killzone: Mercenary is just as satisfying as its campaign. The free-for-all and team deathmatch variants provide a fun and tense slice of portable Killzone fun, and the Warzone Mode will provide a few objective-based tasks for those who want a bit more to do beyond just shooting other players.

Even if you stick to the traditional deathmatch variants however, challenging and coming out on top against other online players will award you with collectible Valor Cards. These are good for earning trophies, as well as displaying your mastery of many varieties of play styles, since they are also awarded to players for accomplishing specialized feats in both single-player and multiplayer gameplay. Both the campaign and multiplayer contribute to a persistent player ranking as well, much like Killzone 2 and Killzone 3, giving players two distinct sets of commendations to strive for as they take the firefight online.

Whether playing solo or against other players, it’s so incredibly satisfying to finally see a PlayStation-branded shooter franchise successfully translate itself to the Vita. Moving about and aiming with the dual analog sticks is just as satisfying as imagined, and, while some button tweaks had to be made due to the Vita lacking the button count of a PS3 controller, the controls still feel intuitive.

You can toggle motion-sensitive aiming if you like to aim with the Vita’s gyroscope, and while you do have the option to double-tap the rear touch pad to sprint, you can also use the Circle Button as well, which doubles as a means of crouching if you’re not moving. It’s surprisingly less of a hassle than it sounds. The touch screen is only occasionally used for things like swiping your finger across it to perform a brutal melee kill, or twisting your fingers back and forth to plant an explosive charge, but these touch-controlled events are never intrusive, and blend seamlessly with gameplay.

Killzone: Mercenary also does the franchise justice by being quite an attractive game to boot! Again, don’t expect PS3-caliber visuals here, even if the game is programmed with the hyper-detailed Killzone 3 engine, but for a Vita game, Killzone: Mercenary is gorgeous! Environments are immersive and ominous, and the level of detail in both weapons and character models is some of the best you’ve likely seen yet in a handheld game! The power and fury of gunshots also sounds impressive even from the Vita speakers, as does the conviction of the reasonably solid voice acting.

Since Killzone: Mercenary is pushing the technical specs of the Vita harder than most other games, be advised that the game’s busier sections do cause several bouts of slowdown. Lengthy load times that force you to re-watch the same cutscenes before a mission without the option to skip them can also be an annoying issue, and you will see a few graphical hiccups that can occasionally interfere with gameplay, albeit as little more than a passing nuisance. These small technical nitpicks are certainly not enough to derail what is a very polished and addictive Vita game overall however!

This is perhaps the single best thing about Killzone: Mercenary in fact. It’s a Vita shooter that Vita gamers will want to keep playing and replaying, over and over again. This is the FPS experience that Vita gamers have craved since the handheld launched! Sure, the campaign is extremely short, and the multiplayer suite ultimately lacks the impressive depth and scale seen in the online arenas of Killzone 2 and Killzone 3 on the PS3, but taken as a shooter built and optimized for Vita, Killzone: Mercenary is the first truly successful attempt to make a handheld shooter that looks and plays like a console-quality shooter. 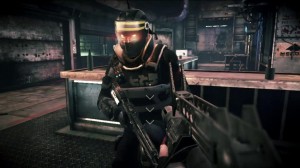 The Vita has been promising console-quality gaming on the go since day one, but very rarely has it truly delivered on that promise. Sporadically, Sony would deliver games worthy of that pedigree, like Uncharted: Golden Abyss, Gravity Rush or LittleBigPlanet PS Vita, but frankly, any success that Vita has seen has most often come from indie titles, as well as games it shares with the PS3.

Fortunately, Killzone: Mercenary is another welcome retail offering that is in line with what Sony initially envisioned for their current handheld platform. It’s both a very good Killzone game and a very good Vita game. Thus, if you’re one of many Vita owners that’s itching for a high-quality FPS you can play on your Sony handheld, particularly if you’re a Killzone fan, then rejoice, because the FPS that Vita has always deserved has finally arrived!

It’s a game that will literally pay dividends the second you load it up! 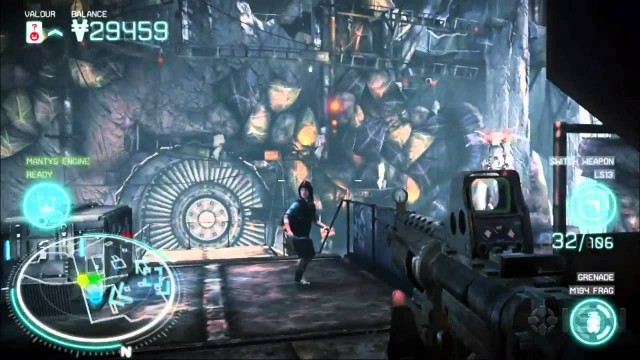