Isn’t it funny how time flies and things change? Today, we take a look at a (now disproven) opinion piece from late-2012.

We’ll cut right to the chase: despite popular belief, we just don’t think Sony or Microsoft are going to launch their next console in 2013. There are a lot of factors making us feel this way, so let’s dive right in.

First off, it’s too quick. Sure, the Xbox 360 was announced in March and was released in November of the same year, but it seems like we’d be getting a new console very soon after the current generation launched. Sure, it’s been six or seven years, but the current generation has a ton of life left in it. Just look at Halo 4 and how incredible its graphics are. If we’re only now unlocking the true power of consoles like the Xbox 360, shouldn’t we wait a bit before introducing new tech? 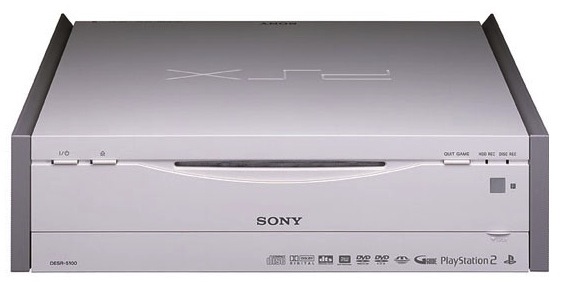 Maybe Sony will go with something similar to the clean lines of their Japan-only PSX?

Next, we all know new consoles are all about the software, despite most attention going to the hardware itself. This means that development kits need to get to developers so they can get to crafting the next Halo or the next God of War. Of course, this isn’t happening just yet. Sure, developers have “target” hardware which is essentially off-the-shelf components designed to emulate the next generation of consoles, but there is nothing set in stone regarding specs, available memory, bandwidth, or controller hardware (that we’re aware of, anyway). In order to have incredible launch titles, these kinds of things are completely necessary, and they’re necessary far in advance of actual launch day.

Based on target hardware, it is also very difficult to craft launch titles that really sell the console. Microsoft managed to do it with Halo on their first console, but the Xbox 360 had no launch titles that stand out in our minds as still being must-plays. The PlayStation 3 suffered the same fate, with the exception of the original Resistance which, while not perfect, is still a great title. You can bet manufacturers are going to be pushing (and paying) developers to create the next console-smashing title since games do in fact sell consoles.

The Wii U managed to hold off for a while with their tech, but remember that a lot of launch titles were ports with some GamePad integration to be done and little else. Very few first-party developers actually developed anything for Wii U from the ground up.

The other part of the software puzzle is the console software itself. Microsoft has always made it a point of having incredible software launch alongside its console, as well as making sure to consistently refresh that experience with new dashboard experiences every year or so. The next generation of consoles will be mass-consumption machines right out of the box and include support for streaming services like Hulu Plus and Netflix, but also new content services from the console manufacturers themselves.

By our estimation, there is no way this software has been finalized unless they’ve been working on putting it all together since the launch of the Xbox 360 and PlayStation 3 all those years ago. Behind the scenes of this software, there also needs to exist a strong infrastructure for expansion so that we don’t have the launch-day hiccups or update requirements of the Wii U launch.

We’d love to see new consoles this year, but based on the way things have been happening with game development lately, we’re just not so sure it’ll happen. The gaming industry hasn’t really slowed the way we’d expect it to. In addition to a slew of new games for an equally-new console from Nintendo, we’ve been treated to massive titles like Halo 4, Black Ops II, a true sequel to Assassin’s Creed, and we’ve got even more on the way in the early part of 2013 with games like Tomb Raider and Grand Theft Auto V.

Our money is on the unveiling of new technology and targeted looks for new consoles at E3 2013, while the launch of the actual consoles will fall to 2014.