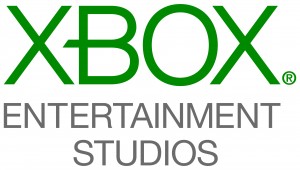 This wasn’t quite the first type of original series we were expecting from Xbox, but we suppose it’s a start.

The first instalment will be based around Atari’s video game burial in 1983. As the story goes, after poor press surrounding their E.T. the Video Game release, the company buried millions of game cartridges in a small town in Mexico in the middle of the night. Why? Well, we can only guess that XES will answer that question with this instalment in the series.

The film will begin shooting this upcoming January and will be available for both Xbox 360 and Xbox One (in Xbox Live markets) sometime next year. Read the full press release below or on Xbox Wire.

“Our collaboration with Xbox offers an unparalleled opportunity to make a unique series of films around the extraordinary events and characters that have given rise to the digital age,” said Simon Chinn. “Our goal is to produce a series of compelling and entertaining docs which will deploy all the narrative techniques of Simon’s and my previous work. It’s particularly exciting to be partnering with filmmakers like Zak Penn who come to this process from other filmmaking disciplines and who will bring their own distinctive creative vision to this,” added Jonathan Chinn.

“Jonathan and Simon Chinn are the perfect team to spearhead this series for Xbox. They are consummate story tellers and they plan to match their creative sensibility with the best talent in the industry,” commented Xbox Entertainment Studios President Nancy Tellem. “These stories will expose how the digital revolution created a global democracy of information, entertainment and commerce, and how it impacts our lives every day.”

The first film in the groundbreaking series investigates the events surrounding the great video game burial of 1983. The Atari Corporation, faced with overwhelmingly negative response to the video game “E.T. the Extra-Terrestrial,” buried millions of unsold game cartridges in the middle of the night in the small town of Alamogordo, New Mexico.

Fuel Entertainment, an innovator in cross-platform content development, secured the exclusive rights to excavate the Atari landfill and approached Xbox. Lightbox will document the dig, which is planned for early next year.

Filmmaker and avid gamer Zak Penn (X-Men 2, Avengers, Incident at Loch Ness) will direct. This episode will not only document the excavation, it will also place the urban legend of the burial in the context of the precipitous rise and fall of Atari itself.

“When Simon and Jonathan Chinn approached me about this story, I knew it would be something important and fascinating,” said Penn. “I wasn’t expecting to be handed the opportunity to uncover one of the most controversial mysteries of gaming lore.”

Shooting begins in January. The series will air exclusively on Xbox One and Xbox 360 in 2014 and will be available globally in all markets where Xbox Live is supported.