If you’re a PlayStation 3 gamer suffering from some post-Christmas blues, you may have even more to be sad about. Sony has just announced that they will be terminating the online components of several PlayStation 3 shooters in just a few short months, which will also serve as a grim sign for the future of certain brands.

Following up on an earlier announcement, Sony will finally officially pull the plug on the online component of SOCOM 4: U.S. Navy Seals as early as January 28th, 2014. Fortunately however, the game will still have a single-player campaign that can be played offline.

Not so lucky however are MAG and SOCOM: Confrontation, which will be taken offline on the same day, January 28th of next year. MAG was developed by since-shuttered SOCOM developer, Zipper Interactive, though SOCOM: Confrontation instead came from Slant Six Games, another since-shuttered studio that is best known for the very negatively-received Capcom spin-off, Resident Evil: Operation Raccoon City. Since these are online-only shooters, the shutdown will render both games completely unplayable, no doubt sad news for fans of either game, despite underwhelming critical feedback mostly awarded to both. 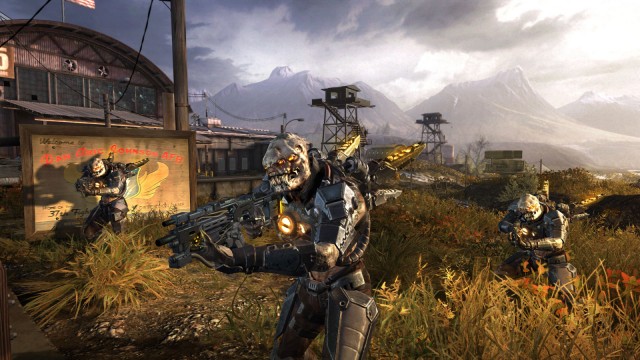 Considering that both Zipper Interactive and Slant Six Games have been closed, and the PlayStation 4 has now come to market, these online game shutdowns were perhaps most inevitable. This could also signal the official death knell for the SOCOM brand as a whole unfortunately, since its regular developer is now gone, and Sony has no plans to continue the franchise. Very sad, but again, inevitable, especially since Ubisoft has largely cornered the market of tactical shooters between their Ghost Recon and Rainbow Six franchises, on top of publishing Gearbox Software’s Brothers in Arms games. These brands are all multi-platform to boot.

Even more distressing however is the announcement that Insomniac Games’ Resistance: Fall of Man, Resistance 2 and Resistance 3 will see their online components shut down, though slightly later, on March 28th, 2014. Given that Resistance 3 sold poorly, despite highly positive reviews, and the series’ most recent entry, Resistance: Burning Skies on PlayStation Vita, was received negatively by critics and gamers alike, it’s possible that the Resistance series is also being given the axe at Sony. This is especially sad news, given that Resistance was one of the better-reviewed, albeit lesser-selling new IP’s of the PlayStation 3 era, and was developed by Insomniac Games, a favourite studio amongst PlayStation gamers.

Fortunately, despite being an independent developer and despite their Resistance games going offline, Insomniac’s key ties with Sony will continue. They recently released Ratchet & Clank: Into the Nexus on the PlayStation 3 just a month ago, and will be assisting in the development of 2015’s upcoming Ratchet & Clank feature film. While Insomniac appears to remain committed to Ratchet & Clank for Sony going forward, they did announce that they were not anticipating doing any more Resistance games, suggesting even more that the franchise has concluded, particularly with the advent of PlayStation 4.

Insomniac’s next game will be exclusive to Microsoft’s Xbox One, that being Sunset Overdrive. It is planned for release sometime in 2014.

The only exception to this roster of shooters is Gran Turismo 5, a car racing sim, which will have its online components disabled on May 20th, 2014. This likely isn’t nearly as big a deal for most PlayStation gamers however, given that Gran Turismo 6 came to the PlayStation 3 this month. Also, as with SOCOM 4 and the Resistance trilogy, Gran Turismo 5 will still be playable offline.

Despite so much next-gen excitement, the shutdown of last-gen servers is a necessary evil after new platforms have been available for a certain length of time. Sony has already disabled the online component for another first-party PlayStation 3 game, White Knight Chronicles, but this is yet another game that remains playable thanks to having plenty of offline gameplay. It’s likely however that many more PlayStation 3 games will have their online components disabled during 2014 and beyond, just like the PlayStation 2 titles to come before them.

Fortunately for shooter fans, the online multiplayer suites of Sony’s marquee Killzone games on the PlayStation 3 will continue indefinitely for now. Likewise, popular shooter offerings like the Call of Duty, Battlefield and Tom Clancy’s games will maintain their online components on PlayStation 3, as well as Xbox 360, PC and Wii, until further notice.

On the bright side, Sony has announced a trade-off to this bad news. They’ll be offering some especially sweet PlayStation Plus freebies in January as consolation for PlayStation 3 gamers, including three of 2013’s best games.

Are you saddened at losing the online multiplayer modes of these affected games? Are you lamenting the likely conclusion of beloved PlayStation franchises, SOCOM and Resistance? Does this news matter to you at all? As usual, your comments are welcome below.

Meanwhile, Eggplante remains committed to bringing you your PlayStation news, as it drops!