Fortunately, even if we were wrong in predicting that 2013 wouldn’t see new consoles from Sony or Microsoft, we stand by at least one point; The Xbox 360 and PS3 are far from tapped out! Even the Wii is still kicking with a handful of third-party offerings like Just Dance 2014 and Skylanders Swap Force. The Wii U, PS4, and Xbox One may be kicking off the next console generation already, but that doesn’t mean that the so-called ‘last-gen’ Xbox 360 and PS3 are being immediately put to pasture!

So, if you’re still stuck with your well-worn Xbox 360 and/or PS3 even throughout all of 2014, don’t fret! Both consoles have a healthy amount of games releasing for them during the entirety of next year, and even in 2015! Hell, the PS3 in particular doesn’t even seem to have gotten the memo of a successor console, as numerous PS3 exclusives have been newly announced in recent weeks, particularly for Japanese RPG fans! That’s on top of continued freebies and incentives that will remain on offer for PlayStation Plus members that own PS3’s as well!

So, even with all of this next-gen hullabaloo, you won’t be wanting for games. Even if you did buy or receive a PS4 or Xbox One since either of their November releases, it would be ill-advised to sell your Xbox 360 and/or PS3 to recoup your likely financial losses, as you’d be missing out on lots of promising games throughout next year in particular! Even some next-gen releases will see last-gen counterparts, so you can still discuss several triple-A games with your friends who picked up a next-gen console before you did.

Whether it’s stealth games, shooter games, online games, horror games, music games, adventure games, RPG’s, or, hell, especially RPG’s that you fancy, the Xbox 360 and PS3 still have over a year’s worth of games to offer before they’re retired in favour of their next-gen successors.

So, for those who don’t want to give up their gaming fix while saving for a fancy new next-gen console, we’re providing an appropriately large rundown of just how many ‘current-gen’ games you have left to anticipate on the release docket. Trust us, there’s a lot! In fact, we’ll even count them!

Mark your calendars current-gen standbys, because even though you may not have playable access to inFamous: Second Son, The Order: 1886, The Elder Scrolls Online, The Crew, Sunset Overdrive or Quantum Break, you probably won’t care too much when you dive into these promising Xbox 360 and/or PS3 releases: 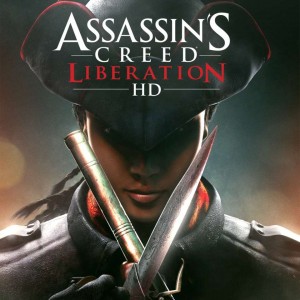 For those who missed the original PlayStation Vita release of Assassin’s Creed III: Liberation, the series’ first female assassin, and the first unrelated to modern protagonist, Desmond Miles, brings her adventure to current-gen consoles and PC. If you’ve already exhausted Assassin’s Creed IV: Black Flag and are still hungry for more, you won’t have long to wait for it!

Another Dragon Ball Z-themed fighter is on the way soon. Let’s face it too, after Dragon Ball Z: For Kinect, this subgenre of anime games has nowhere to go but up. Enough said.

It’s already available for Xbox One, but after a slight delay, Xbox 360 owners can also partake in this top-down Halo spin-off, originally designed for Windows 8 devices. Cost-effective and laying the foundation for key events in Halo 4, this should be a great way to keep your Halo fix going on Xbox 360 while you save your cash for an upgrade and 2014’s upcoming Halo debut on Xbox One.

A cult series that is among one of the only dedicated third-person shooter brands made in Japan, Earth Defense Force 2025 will offer a reprieve from the many gritty, dusty shooters that are choking the North American arm of the industry at the moment.

An Xbox classic gets an HD coat of paint and achievements after being pushed out of a 2013 release. You’d think an HD remake wouldn’t be that hard to put together, but more polish is certainly never a bad thing for those who want the best possible way to experience the debut of Peter Molyneux’s choice-driven action-RPG franchise. 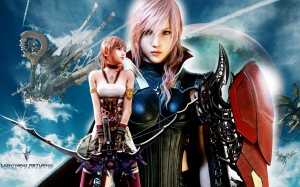 Wrapping up the story arc begun in Final Fantasy XIII and Final Fantasy XIII-2, Lightning Returns: Final Fantasy XIII takes its titular protagonist to the final days of a dying world, re-lived continually, The Legend of Zelda: Majora’s Mask-style, and complete with an overhauled battle system. Definitely one of the more promising and innovative RPG’s promised for 2014, especially as we settle into a no doubt long wait for the next-gen Final Fantasy XV.

The Xbox One edition enjoys a few exclusive perks, but even Xbox 360 gamers will be able to get in on this multiplayer shooter spin-off to one of PopCap’s all-time best games. Bring friends!

Originally only planned for PS4 and Xbox One, the Xbox 360 and PS3 eventually got ports authorized for Square Enix’s long overdue Thief reboot. Pioneering the modern stealth genre alongside Metal Gear Solid, Thief has one of the most devoted fan followings of all time, which means that Square Enix certainly won’t be skimping on a series revival that’s a decade in the making! 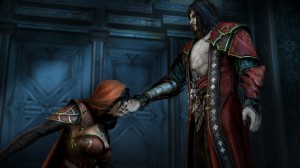 Concluding the tragic story of Gabriel Belmont/Dracula after he turns to the darkness, Castlevania: Lords of Shadow 2 continues the rebooted saga of Konami’s esteemed vampire-hunting action game series, with more monsters to slay, and all sorts of shadowy new powers at the player’s disposal. After all, what self-respecting Castlevania fan has never wanted to take control of Dracula himself?!