The super-successful romantic sitcom, How I Met Your Mother may be airing its final handful of episodes this season, but soon we’ll likely have a new gang to take the torch from Ted Mosby and co.!

The gender-swapped spin-off, How I Met Your Dad has just selected its lead actress, Greta Gerwig, best known for supporting roles in the Arthur remake and No Strings Attached. She also recently headlined independent comedy-drama, Frances Ha.

The 30-year-old Gerwig will be playing Sally in the spin-off series, an immature divorcee who just split with her woefully mismatched husband after less than a year. Having no idea where to go or what to do with her life, Sally finds support from her well-intentioned friends who nonetheless have a bad habit of giving awful advice, no doubt leading her to her perfect match through a series of misadventures. A whole group of Barney Stinson’s, you may ask? Perhaps time will tell… 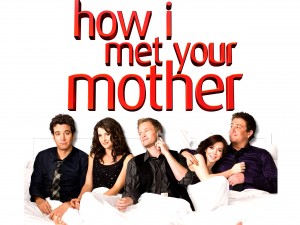 It sounds like the creators want to have a disconnected show that avoids re-treading the same ground as How I Met Your Mother, but one that stays true to the spirit and heart of its inspiration. Nonetheless, it seems that they want to leave some wiggle room in case they do want to tie into the events of How I Met Your Mother some time later, since the shows are set in the same universe, even if it’s unclear whether How I Met Your Dad will take place after, or concurrently, yet separately from Ted Mosby’s quest for love.

None of the other roles have been cast for the CBS-ordered pilot besides Gerwig, but it’s also been teased that the prospective spin-off show may feature a new hangout bar to replace How I Met Your Mother’s MacLaren’s, which is, naturally, unnamed at this point.

Regardless, given the immense success of How I Met Your Mother, and its original creators being involved with How I Met Your Dad, it’s unlikely that this new show won’t have a series order, if its pilot is even halfway entertaining. Again, given that the original creators and an established sitcom writer are handling the pilot, it seems that the spin-off is so far in good hands.

Eggplante will keep courting future updates on How I Met Your Dad, so don’t forget to call back!