After images of unannounced monsters were discovered in the game code of Pokémon X and Pokémon Y, one of these monsters has just been officially revealed! Japan’s CoroCoro magazine has confirmed that one of the secret monsters, currently at the furthest end of the Pokémon roster at #719, is Diancie, a rock/fairy-type Pokémon. 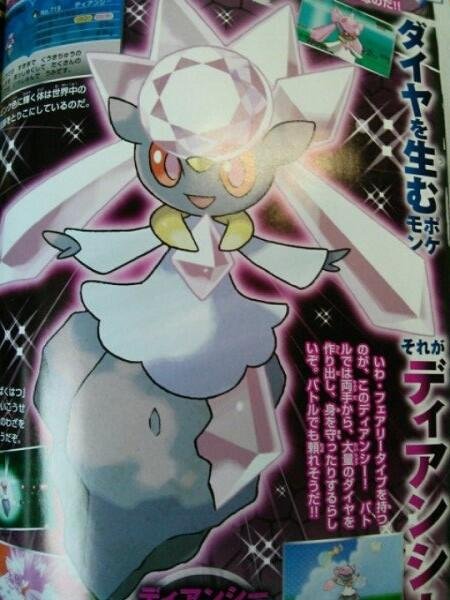 Diancie will make its official debut in an upcoming Pokémon movie set for release in Japan, titled, Cocoon of Destruction and Diancie. Currently, the movie is only set for Japanese release, with no word on when it, or this new pokemon, may be made available to the West.

In Japan at least, it’s possible that Diancie may be distributed as a free gift to fans who bring their copy of Pokémon X or Pokémon Y to the movie’s theatrical premiere, which has been done before in past promotions related to the Pokémon movies. In any case, time will tell as to how trainers can snag this newly-revealed Pokémon without hacking the game and obtaining it illegally.

No official details have yet been revealed about Diancie, including its moveset, or its backstory, but Eggplante will be keeping you posted on updates related to the Pokémon franchise at large, so stay tuned for any other new reveals and updates!