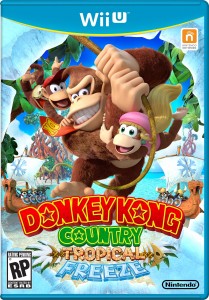 Nintendo has just announced, in its usual fashion (i.e. the day before), its next Nintendo Direct presentation.

This video will focus on games releasing by the end of this Spring, so we expect it to be games that have already been announced. Given that, Nintendo usually states very specifically when their Direct presentations will reference “already announced” games, and since they don’t mention that this time around, it’s fair to speculate that there might be a surprise or two in store for gamers here.

This is also likely the last we’ll hear from Nintendo for a little while on the announcement front as the end of Spring isn’t technically until June 21st, and E3 2014 starts June 7th. Don’t worry, we’ll be there.

Stay tuned to the Eggplante Twitter and Facebook accounts tomorrow at 5PM EST for live-tweets from Nintendo’s latest Direct! And, as usual, Brent will be doing an awesome Nintendo Direct Roundup the following day!