Harmonix, the company behind games such as Rock Band and Dance Central, among many other rhythm- and music-based titles, has announced their latest project, Chroma.

Chroma is a music-based first-person shooter that is about to enter a closed alpha testing phase, according to the company’s website. The premiere trailer for the game shows off a lot of Mirror’s Edge style “kill the corporation” logos and anti-coroporation themes, but no gameplay. As you might expect, the trailer is heavy on the beat as it is clear music is a big influencer here.

Bright colours and an arena-style FPS are what is said to set Chroma apart, in addition to changing terrain and a team-based strategy.

The game will be a free-to-play title, but the company makes it clear that it will not be “pay-to-win”, though there will likely be microtransactions, given the wording on the website.

Chroma will launch on PC via Steam sometime in 2014, and we’ll keep you on the beat of all the news as we get it until it does! 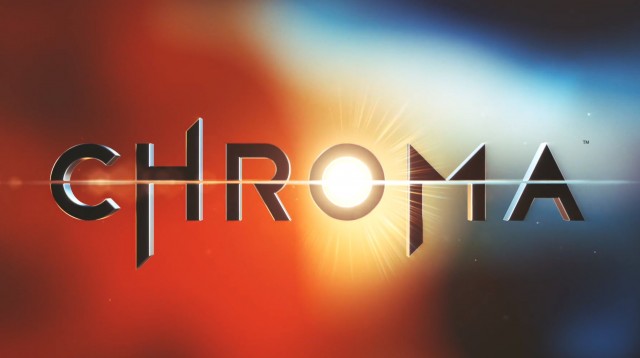