Players eager to wrap up the story of Geralt of Rivia will have to keep waiting a little while longer. Polish developer, CD Projekt Red has confirmed today that The Witcher 3: Wild Hunt will be delayed out of its planned Fall 2014 release window.

Fortunately, a revised release window has already been offered, for February of 2015.

CD Projekt Red is using the added time to assure that The Witcher 3: Wild Hunt lives up to the series’ immense pedigree amongst RPG fans. They claim that they could have released the game during its original window, but would rather take the added time to make absolutely sure that they’ve done their best work with the apparent series finale. 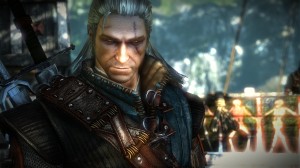 Looking as pissed as ever.

Loosely based on a series of Polish fantasy novels of the same name, The Witcher is a massively successful RPG franchise primarily designed for PC, though the second game, The Witcher 2: Assassin of Kings, eventually saw a belated port for Xbox 360. The Witcher 3: Wild Hunt, said to feature over 36 possible endings and over 100 hours of gameplay in its efforts to conclude protagonist, Geralt’s story arc, will continue in the spirit of its predecessors in terms of its design, complete with the series’ usual hack-and-slash style battle system. CD Projekt Red has also claimed that the game world of their threequel is 20% larger than that of The Elder Scrolls V: Skyrim. That’s no small claim to make!

The Witcher 3: Wild Hunt is one of the games leading the multi-platform next-gen-exclusive vanguard, as it is solely in development for PC, PlayStation 4 and Xbox One. CD Projekt Red will not release the game for Xbox 360 or PlayStation 3, claiming that it would be impossible to downscale The Witcher 3: Wild Hunt to fit on those platforms, while still delivering a worthy product.

CD Projekt Red has two other games in development aside from The Witcher 3: Wild Hunt, which are also believed to be coming exclusively to next-gen platforms. While one is largely a mystery, the other, a sci-fi themed RPG called Cyberpunk 2077, has had some details teased and has seen a reveal trailer.

Keep conjuring Eggplante for your updates on The Witcher, as we can divine them.