The final roles for FOX’s highly-anticipated Gotham, a detective/crime drama series about the titular city from the perspective of Commissioner Gordon before Bruce Wayne becomes Batman, have been set, largely cementing the cast for the straight-to-series show.

David Mazouz has taken the coveted role of the young Bruce Wayne, who will one day become vigilante crime-fighter, Batman, but is currently the grieving child of the recently-murdered billionaire philanthropists, Thomas and Martha Wayne. Mazouz’s biggest credit beyond some one-off television parts is as the child lead in FOX’s own drama series, Touch, which wrapped after a mere two seasons. 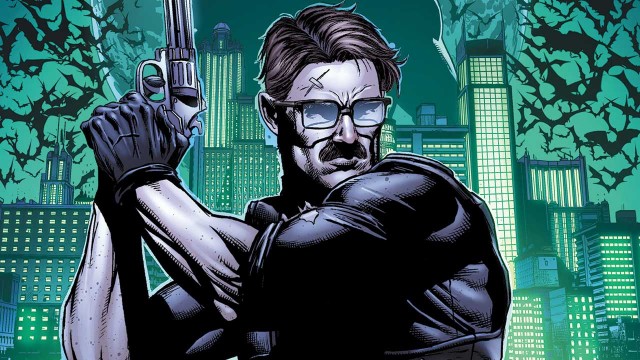 Also cast as a pre-teen personality that fans of DC Comics will no doubt recognize is the largely unknown Camren Bicondova, who will be playing the young Selina Kyle. Selina is a big character, as she will grow up to be the future Gotham City vigilante and Batman love interest, Catwoman. Gotham’s teenage Selina is described as being a street thief and skilled pickpocket that is suspicious and wholly unpredictable. Sounds like she’s already well on her way to her future feline-themed alter-ego!

Mazouz and Bicondova join Southland’s Ben McKenzie in the lead role of the young Jim Gordon, starting as an idealistic rookie detective who works in Gotham City’s police department’s homicide division. A former college football star and war hero, Gordon’s first big case, which appears to be the premise of the series’ first episode, is solving the murder of Bruce Wayne’s parents. 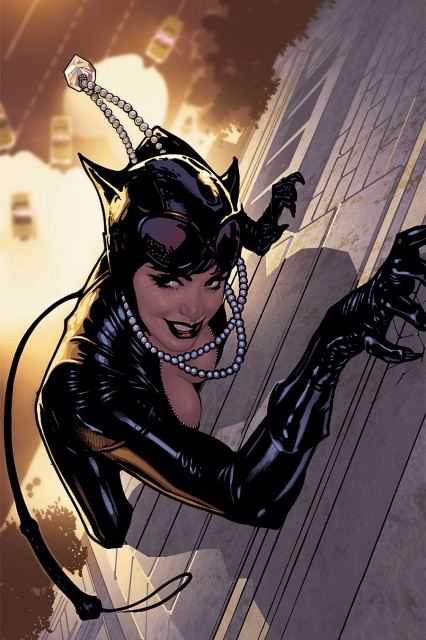 A key villain for the show appears to be Fish Mooney, played by Will Smith’s better half, Jada Pinkett-Smith, best known for roles in the Matrix sequels (and tie-in video game) and Dreamworks Animation’s Madagascar movies. Mooney appears to occupy the role normally held by high society gangster and frequent Batman antagonist, The Penguin, with a pre-Penguin Oswald Cobblepot played by Law & Order’s Robin Taylor.

Taylor’s Cobblepot is described as having the brains of a chess grandmaster and the morals of a jackal, being a low-level underling of Fish Mooney who hides his lust for power behind a deceptively polite demeanor. He’s joined by Malcolm in the Middle’s Drew Powell as Mooney’s main henchman, Butch Gilzean, who will have a recurring role in Gotham.

Mooney herself meanwhile is said to be imposing, hot-headed and notoriously sadistic, and also happens to have ‘street smarts’ and ‘almost extra-sensory abilities’. She’s a nightclub owner to boot, and could very well be in charge of The Iceberg Lounge, The Penguin’s nightclub and racketeering front in the Batman mythos, even if not necessarily in its final form when her ‘low-level’ underling eventually assumes control and becomes The Penguin.

While groundwork has been blatantly laid for Catwoman and The Penguin to start on their path to Batman’s rogues gallery, the synopsis released by FOX suggests that we’ll also be seeing pre-villain appearances by Harvey Dent and Edward Nigma, who eventually become Two-Face and The Riddler respectively. The synopsis even teases that we may see the man who will eventually become Batman’s arch-nemesis, The Joker, who has many aliases, but no consistent birth name or origin.

Perhaps you should enjoy the synopsis in full for yourself:

Everyone knows the name Commissioner Gordon. He is one of the crime world’s greatest foes, a man whose reputation is synonymous with law and order. But what is known of Gordon’s story and his rise from rookie detective to Police Commissioner? What did it take to navigate the multiple layers of corruption that secretly ruled Gotham City, the spawning ground of the world’s most iconic villains? And what circumstances created them – the larger-than-life personas who would become Catwoman, The Penguin, The Riddler, Two-Face and The Joker?

GOTHAM is an origin story of the great DC Comics super villains and vigilantes, revealing an entirely new chapter that has never been told. From executive producer/writer Bruno Heller (“The Mentalist,” “Rome”), GOTHAM follows one cop’s rise through a dangerously corrupt city teetering on the edge of evil and chronicles the birth of one of the most popular super heroes of our time.

Growing up in Gotham City’s surrounding suburbs, JAMES GORDON (Ben McKenzie, “Southland,” “The O.C.”) romanticized the city as a glamorous and exciting metropolis where his late father once served as a successful district attorney. Now, two weeks into his new job as a Gotham City detective and engaged to his beloved fiancée, BARBARA KEAN (Erin Richards, “Open Grave,” “Breaking In”), Gordon is living his dream – even as he hopes to restore the city back to the pure version he remembers it was as a kid.

Brave, honest and ready to prove himself, the newly-minted detective is partnered with the brash, but shrewd police legend HARVEY BULLOCK (Donal Logue, “Sons of Anarchy,” “Terriers,” “Vikings,” “Copper”), as the two stumble upon the city’s highest-profile case ever: the murder of local billionaires Thomas and Martha Wayne. At the scene of the crime, Gordon meets the sole survivor: the Waynes’ hauntingly intense 12-year-old son, BRUCE (David Mazouz, “Touch”), toward whom the young detective feels an inexplicable kinship. Moved by the boy’s profound loss, Gordon vows to catch the killer.

As he navigates the often-underhanded politics of Gotham’s criminal justice system, Gordon will confront imposing gang boss FISH MOONEY (Jada Pinkett Smith, “The Matrix” films, “HawthoRNe,” “Collateral”), and many of the characters who will become some of fiction’s most renowned, enduring villains, including a teenaged SELINA KYLE/the future CATWOMAN (acting newcomer Camren Bicondova) and OSWALD COBBLEPOT/THE PENGUIN (Robin Lord Taylor, “The Walking Dead,” “Another Earth”).

Although the crime drama will follow Gordon’s turbulent and singular rise through the Gotham City police department, led by Police Captain SARAH ESSEN (Zabryna Guevara, “Burn Notice”), it also will focus on the unlikely friendship Gordon forms with the young heir to the Wayne fortune, who is being raised by his unflappable butler, ALFRED (Sean Pertwee, “Camelot,” “Elementary”). It is a friendship that will last them all of their lives, playing a crucial role in helping the young boy eventually become the crusader he’s destined to be.

GOTHAM is based upon characters published by DC Comics and is produced by Warner Bros. Television. Executive producer Bruno Heller (“The Mentalist”) wrote the pilot, which will be directed and executive-produced by Emmy Award nominee Danny Cannon (the “CSI” series, “Nikita”).

This appears to cement that the show will be as much about a young Bruce Wayne as it will be about the rise of Jim Gordon through the GCPD, though the show will mostly retain Gordon’s perspective apparently. It also seems to suggest that the series will indeed take a direction similar to The CW’s highly successful Superman origin show, Smallville, likely taking liberties with the backstories of various villains to deliver new stories and character arcs to the people who will eventually become Batman’s greatest allies and enemies when Bruce dons the cape and cowl.

Are you excited for Gotham? Do you think the show is headed in a good direction? As usual, feel free to leave your comments below.

Eggplante will continue to bring you your news on Gotham, as we can capture it.