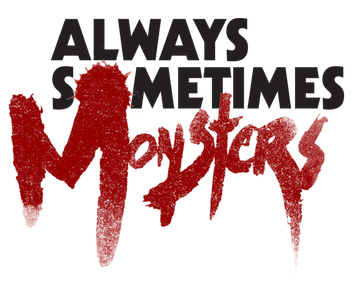 Canadian game-industry duo Justin Amirkhani and Jake Reardon teamed up a little while ago to form a small development company called Vagabond Dog. As fellow Canadians, we’re happy to hear that their first project, an open-world, RPG-style game called Always Sometimes Monsters is now available for pre-order on Steam, due for release on May 21.

The game, which also saw the release of a new trailer yesterday, lets you “set out on a cross-country journey to win back the love of your life and endure the hardship of making story-defining choices that affect your life and the lives of those around you,” according to the company’s site. However, the game isn’t a typical journey; Amirkhani says what makes the title so fascinating “is not learning whether or not you’re a monster, but reflecting on how you can change.” Deep.

It’s a dark and moody game by the looks of it, and while we haven’t seen much in the way of gameplay yet, anyone heading to PAX East will be able to play the game at the Indie Megabooth. The game is being published by Devolver Digital.

You can find Vagabond Dog online and on Twitter, and while you’re at it, pop on over to their official Facebook page and throw them a Like.