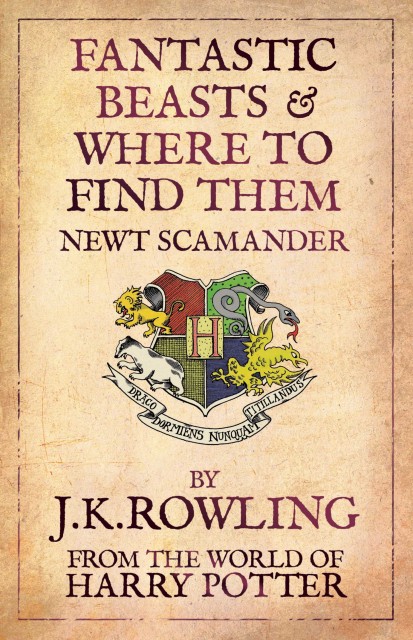 Warner Bros. is continuing to fast-track development on Harry Potter spin-off trilogy, Fantastic Beasts and Where to Find Them, based off an appendices book also written by J.K. Rowling way back in 2001. The book is meant to be a real-life copy of the same textbook that Harry and friends use at Hogwarts, and is being used as the basis for a new prequel movie trilogy set in the Harry Potter universe.

Now, the studio has officially set the first installment in the trilogy for release on November 18th, 2016. It will follow the adventures of Newt Scamander, the fictitious author of the faux textbook, presumably exploring the world of fantastic beasts, and where to find them.

The new trilogy will take place seventy years before the events of the Harry Potter saga, and likely won’t have much of any relation to its mainline inspiration. It will however be set in the same universe, and will share similar aesthetic qualities to the Harry Potter movies that came before.

While Fantastic Beasts and Where to Find Them currently has no director, producer or cast set in place, despite the now-solid release date for its first entry, J.K. Rowling herself will provide the initial script, after the direct persuasion of Warner Bros. to adapt her appendices book. The new trilogy is said to be poised to inspire new rides and attractions at The Wizarding World of Harry Potter theme park, along with video games, and potentially other new adaptations.

What do you think of a Harry Potter spin-off, even one without Harry’s crew, Voldemort and Hogwarts? Is this a prospect that excites you? Is Warner Bros. just shamelessly milking a concluded franchise that just needs to be left alone? Your comments are welcome below.

Eggplante is continuing to conjure your Harry Potter and Fantastic Beasts news, as we can divine it.