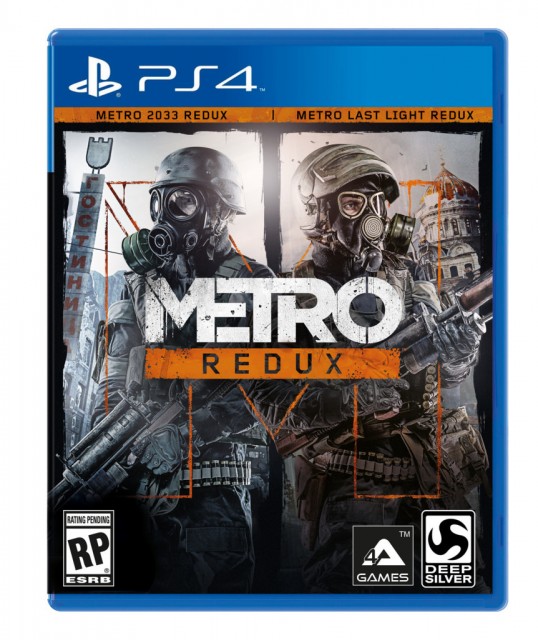 After a leak claimed that 4A Games’ post-apocalyptic first-person shooters, Metro 2033 and Metro: Last Light would be headed to next-gen consoles, publisher, Deep Silver has just made the news official; Metro 2033 Redux and Metro: Last Light Redux will release for PlayStation 4 and Xbox One sometime this year. Versions of the upgraded re-releases are also being planned for PC, Linux and SteamOS.

The PC, PlayStation 4 and Xbox One releases are planned for this Summer, with the games coming to Linux and SteamOS before the end of this year, albeit after the initial three builds.

Both upgraded Metro games are downloadable separately as digital copies for $25 each. They will also be bundled together at retail for consoles and PC however, as Metro Redux, which will be sold for $50.

Metro 2033 and Metro: Last Light were both previously released in their original incarnations for PC and Xbox 360. Metro: Last Light also saw release on PlayStation 3, and was even offered as a free game for PlayStation Plus subscribers earlier this year, though not anymore. Both games are adapted from the best-selling post-apocalyptic Russian novel, Metro 2033, written by Dmitry Glukhovsky.

Every version of the Metro Redux games will now run at 60fps, and the PlayStation 4 edition is confirmed to have native 1080p resolution. 4A Games has admitted that the final native resolution of the Xbox One release is undecided however.

Metro 2033 in particular is having its gameplay upgraded as well as its technical elements for Metro Redux. Using the upgraded engine of Metro: Last Light, Metro 2033 Redux will feature smoother and more reliable combat and A.I., along with the addition of silent kills and takedowns, likely addressing some of the complaints toward the original release about its faulty stealth elements.

Metro: Last Light Redux appears to be maintaining much of the same gameplay style as its original release, though will come with all of the game’s former Season Pass content and DLC bundled with it for free.

Both games will be playable in three modes for Metro Redux as well: Survival Play, which gives limited resources, tougher A.I. and slower reloading, Spartan Play, which adds more skills and resources, and Ranger Mode, maintained from the original release of Metro: Last Light, which takes away your HUD and is meant to be more harrowing and realistic.

Metro Redux is said to be having a presence at E3 this year, primarily for PlayStation 4 and Xbox One, so we’ll no doubt hear more about these re-releases soon.

Meanwhile, Eggplante is continuing to gauge your Metro news and updates.