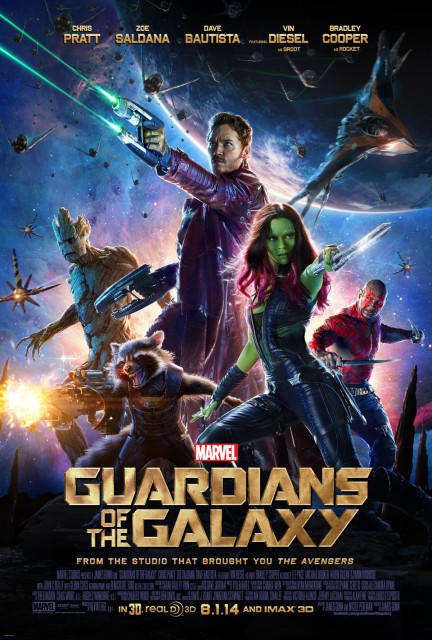 Fresh on the heels of the unfortunate news that Captain America: The Winter Soldier won’t be including a traditional Marvel One-Shot short film at all, Marvel Studios softened the blow with some exciting news; The Marvel Cinematic Universe’s rendition of cosmic big bad, Thanos has officially been cast!

Men in Black 3 and Gangster Squad star, Josh Brolin will voice the all-powerful cosmic titan, who was first teased in a post-credits scene in The Avengers, where he was played in a non-speaking bit appearance by stuntman, Damion Poitier. Brolin has already had two appearances in admittedly ill-fated comic book-inspired movies, first with 2010’s Jonah Hex, playing the lead title character, and next in last year’s remake of Korean thriller, Oldboy, again in the lead role.

Given that Brolin has only been confirmed for a voiceover role, it’s probable that Thanos will be a CG/motion-capture character, much like the modern live-action Hulk interpretations by Edward Norton and Mark Ruffalo. Despite being the key ‘puppetmaster’ behind many events of the Marvel Cinematic Universe, including the Battle of New York in The Avengers and the upcoming events of Guardians of the Galaxy, he won’t be an actual apparent villain in Guardians of the Galaxy at all. Instead, Ronan the Accuser, played by Lee Pace, will be the main villain of that movie, as Thanos remains a presence in the shadows, teasing future Marvel Studios projects.

Thanos is one of the most powerful villains in the Marvel comics’ universe, being physically all-powerful and indestructible, immortal, unnaturally intelligent, possessing psychic and energy manipulation powers, and having the ability to teleport anywhere at will. He is also the master wielder of magical Marvel Universe artifact, the Infinity Gauntlet, which has made a brief Easter Egg appearance in Thor within Odin’s treasure vault. The gauntlet is powered by several gems that each possess the ability to control a fundamental force of the universe, with the gems that power it being artifacts gathered and stored by another key Guardians of the Galaxy antagonist, The Collector in the Marvel Cinematic Universe, who will be portrayed by Benicio Del Toro.

What do you think of this casting? Are you antsy to see Thanos take on a proper villain role in the Marvel Cinematic Universe? Are you a bit disappointed that he doesn’t seem to have a large part in Guardians of the Galaxy? Feel free to leave your comments below.

Catch Guardians of the Galaxy on the big screen meanwhile, on August 1st, in 3D, 2D and IMAX 3D formats.

Eggplante is continuing to traverse your news on Guardians of the Galaxy, and the Marvel Cinematic Universe at large.