In our annual series, ‘E3: What Will, What Might, and What Won’t’, we take a look at our predictions for the gaming event of the year. This time around, rather than break everything down by company, we’re going to go back to the namesake of the feature and tell you what we think will, might, and certainly won’t happen at E3 2014.

As the Xbox One and PlayStation 4 mature and get closer to their first birthdays, Microsoft and Sony will certainly be trotting out new features for their consoles. Expect PlayStation Now to get a big push as it nears public release on PlayStation 4 and other capable platforms, while Microsoft updates us on the future of the Xbox One dashboard.

It’s worth noting that, while services will be loaded on us, we’re pretty sure they’ll all be gaming related this time around. Microsoft (hopefully) learned its lesson about not touting too many non-gaming ideas at E3, which is a gaming-focused show with a gaming-focused audience. Sony hasn’t been as guilty of this lately, though, so we wouldn’t actually mind a bit about how Sony wants to become more a part of the living room in more than just the gaming space. No, scratch that. We just want games.

The French company will have something mindblowingly awesome that no one has ever heard of, that came out of nowhere, and that everyone will suddenly be waiting for. Then it’ll get delayed, but when it’s finally released in two years, it’ll be awesome. Seriously, they did it in 2012 with Watch Dogs, they did it in 2013 with The Division and The Crew, and they’re set to do it again this year at E3 2014.

We’re not sure it’ll be in any official capacity with a massive booth, but something gives us the inkling that the team responsible for Grand Theft Auto will grace us with their presence at either Microsoft’s or Sony’s press conference. It won’t be to show off GTA V on next-gen–and certainly not for GTA VI–but we could see them showing up to say a few words about some project we know nothing about. Just please don’t let it be a sequel to Rockstar Games presents Table Tennis.

Nintendo wins everything at E3 2014

This actually isn’t far off from what we think might go down, and it’s simple: they have the most to prove, but they’re also starting from the lowest point they’ve started from in a very long time. Think about how few people have Wii Us and how many more people want a reason to buy one. What if Nintendo gives us tons of reasons to buy a Wii U this year? What if they unveil new hardware that isn’t only marketed to emerging markets, but also made available to the masses? What if the 3DS gets another price cut, and the 2DS follows suit? Sure, that’s a lot of what-ifs, but (and here’s another one) what if it happens?

Okay, we’re not delusional, we don’t think those specific things are going to happen. But you can be sure Nintendo has thought about those–and crazier–ideas. So they only put a few into practice. Nintendo has a lot of ways it could surprise us, mainly because no one is expecting anything mind blowing from them. Place this one firmly in the ‘might’ column, but place it firmly, indeed.

The Last Guardian will somehow, in some form, show up

We’ve downgraded this one to a ‘might’ just because we’ve been duped so many times before (our fault, really). With our luck, this is the year it’ll actually show up, and while we’re almost certain it’s still more than a year away from completion, given its inevitable move from the PlayStation 3 to the PlayStation 4, we’re hoping we’ll see it because we know it still exists. Hope is all we’ve really got at this point, anyhow. 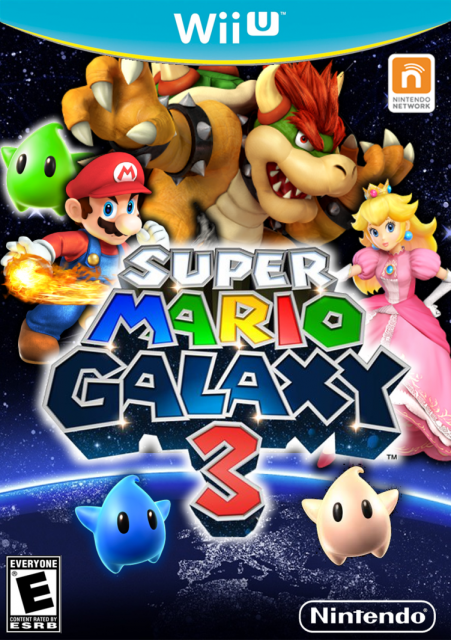 Look, we love Mario. Really, he’s awesome. But Nintendo just spent a ton of effort on Super Mario 3D World and, even though we don’t consider it a full-3D Mario title, they’re not going to have another one ready this soon. Of course they’re working on a new title (or six) in the franchise, but we won’t see it this year, and it certainly won’t be playable if we do see anything like a logo. Really, this is what Nintendo has in the bank for E3 2015, and maybe not even then. We’re pretty sure it’s a safe bet to say we’ll get some sort of new Mario experience on 3DS, though, and it would be nice if it was Super Mario Galaxy. That game would look fantastic with 3D.

We would be thrilled–absolutely stoked–to see any of the above titles even sort-of, kind-of half-announced. But we’re not expecting anything to come from any of them. Valve is hard at work slowly becoming a software services company as opposed to a software content company, and Microsoft won’t be investing in anything but new IP since they’ve got mainstays like Halo and Gears of War in the wings. Of course, if we’re proven wrong on this one at all, we’ll be jumping for joy. Call us cynical, call us realistic. With these games, we’re pretty sure they’re the same thing.

Price, release, or any concrete details about Project Morpheus

Remember when the Kinect was shown off, back in 2009? It was known as Project Natal. It then got a proper name at E3 2010, and was finally released in November of that year. It was in development for years before that, and while it is arguably a huge piece of kit, its technology is likely nothing compared to the complex head-tracking, 3D-producing, dual-HD glasses-wearing, surround sound-making VR headsets that will power our future. We’ll see the headset at the show, that’s a given, but we’d doubt anything will be playable on the show floor, and we certainly won’t be seeing the retail version of the headset at the show.