Eyes have been on Bungie ever since they left Microsoft’s grasp by selling off the mega-lucrative Halo franchise.

They leapt into Activision’s arms for what they’re hoping to be an even more lucrative title called Destiny. The game launches in September for current- and next-gen consoles (not including Nintendo, natch) and we had the chance to play it at E3 this week.

Our first impression is that–no surprise–the game looks very much like Halo. It’s set in an Earth-like world (in Destiny’s case, it actually is Earth), has a desolate yet futuristic aura about it, and the storyline involves combatting an alien race.

Playing the game, thankfully, yields a different feel. In fact, the game feels somehow slower than Halo, and Master Chief was never known to be speedy.

We played a multiplayer match of the game, which involved teams of four taking possession of three defence towers scattered across the rather large and complex multiplayer map. It’s a mode we’ve seen before in lots of other shooters, but there’s a reason it’s there: it’s tons of fun. 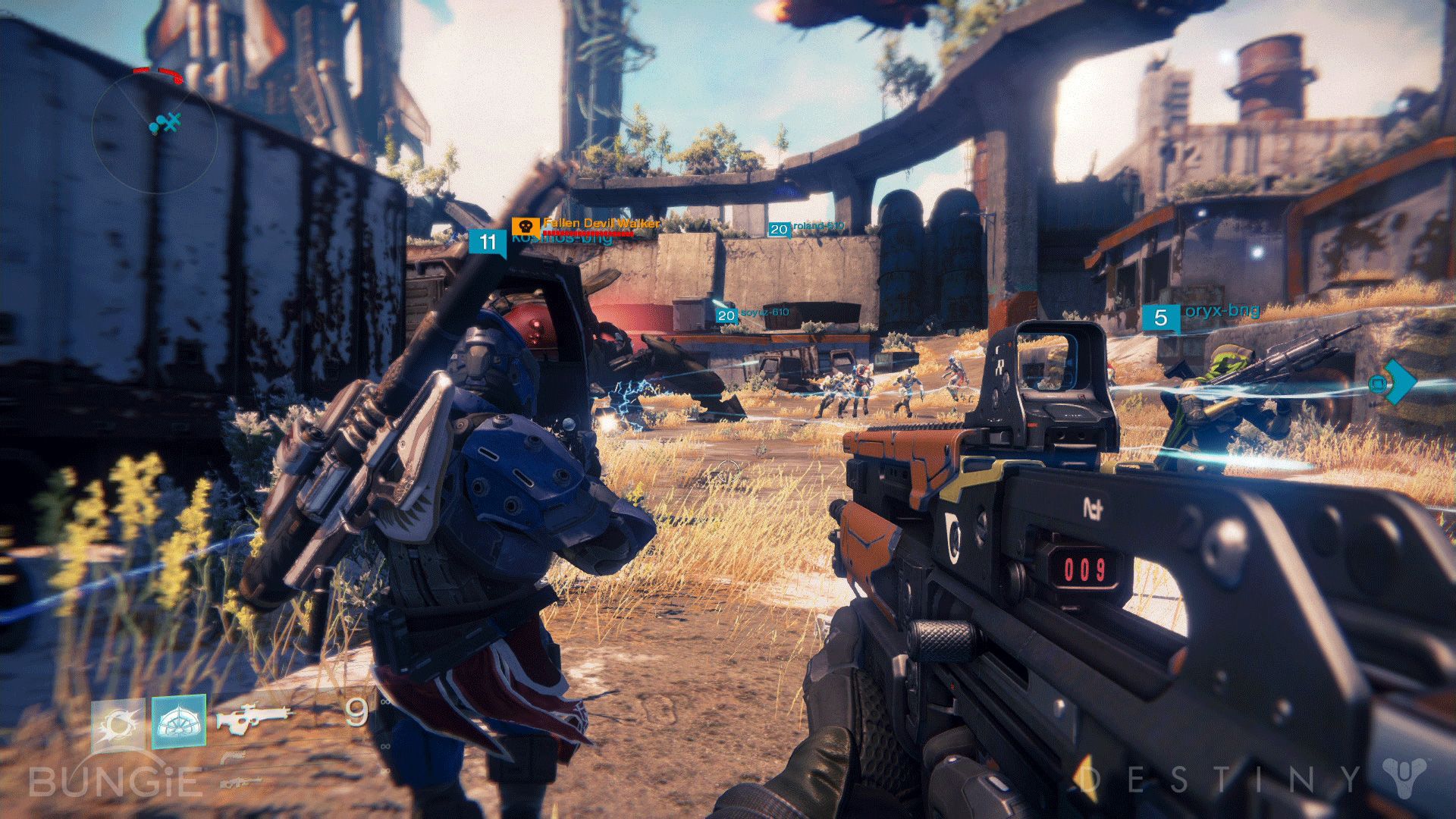 Gameplay is very refined for what the team is still calling an alpha build; analog stick movement matches up to what you’d expect a finely-tuned shooter to be, and weapon feedback is responsive in just the right way.

Movement is slow, but it lends to the style of game. Destiny is not as much about gunning down anything that walks as much as it is about taking your time, setting up the shot, and getting the job done. It’s a methodical game, expecting players to rely on tactics instead of brute force. It isn’t forced, though, as players can choose to sprint or jet pack through levels, allowing them to traverse the lands at a greater speed and altitude.

There are a number of weapon options, though they revolve around energy weapons and gunpowder-based ammunition like every other alien-shooter ever made. After a few kills, your character gains a “super charger” which, in our game, involved smashing the ground and causing a quake, knocking out nearby enemies. The Destiny team ensured us that there would definitely be many different types of super chargers depending on the character class in play.

There’s also a mode called Strike, which sounds like Firefight (Halo) or Horde (Gears of War), in which four players take on waves of enemies, culminating in a boss battle. Firefight was one of our favourite Halo multiplayer modes, so it would’ve been nice to try the Destiny take on it, but it wasn’t on the show floor this time around.

The single-player campaign, which we didn’t actually get to try, looks markedly closer to Halo than the multiplayer is. While we didn’t get to try it out, we know that it’s based around a hub called “The Tower”, which the player will return to after each mission. It sounds like Star Wars: Knights of the Old Republic a bit, and has that kind of questing-shooting-strategy feel. We have no idea how it will play out, but we’re excited to find out. 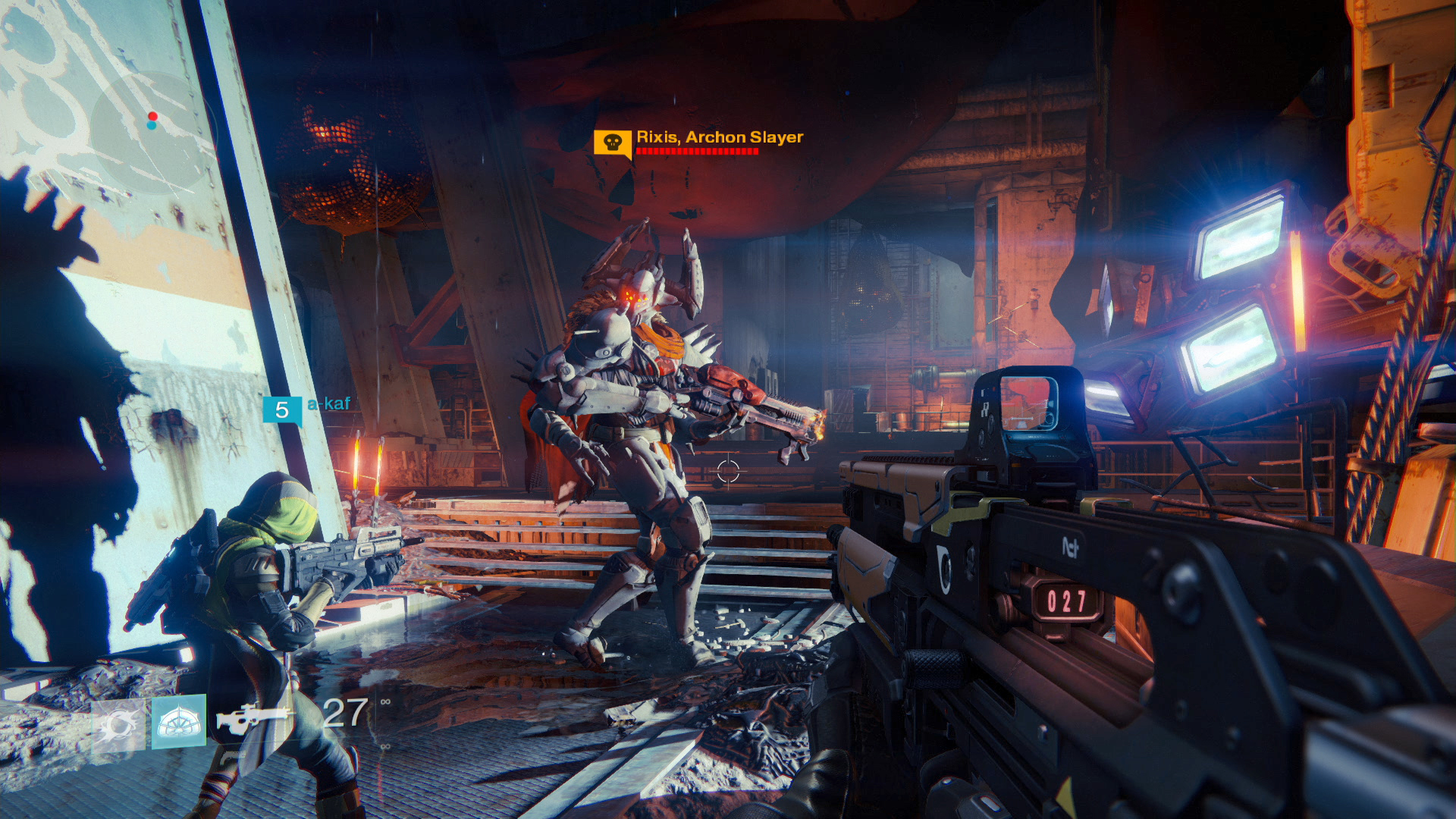 In the story, you are “The Guardian”, and your goal is to discover the mystery of the worlds in the game. It sounds quite a bit like the aforementioned Bungie title, but the folks at Bungie have always been exceptional storytellers, so let’s hope they know how to tell a new story.

The numerous Halo comparisons will be made (we’ve already made six, by our count), and they’re well founded. From the trailers we’ve seen, the single-player campaign looks like a lot of Halo has been implanted into the Destiny experience. There’s a Guilty Spark-like character that floats around and provides some sort of support to the Destiny character you create. There are a lot of visual similarities with the way ships exit slip-space, and vehicle classes seem to be very Halo-like with a Destiny-equivalent of the ghost and wraith, among others.

We can’t say that the level of Halo-ness to Destiny will affect gameplay, or even if we’re overstating the franchise’s impact on Bungie’s creation of their new beast. For that, we’ll have to wait for the actual game, and you know we’ll have a review as soon as the game hits shelves.