Following the confirmation that the two Metro games are indeed being remastered for next-gen hardware, we now know when we can get our hands on these upgraded re-releases. Metro Redux will come to retail and digital stores on August 26th in North America, and August 29th in Europe.

Along with improvements to graphics and A.I. from the former games, Metro Redux will feature three different modes of play; Survival Play, which offers limited resources, slower reloading and tougher enemies, Spartan Play, which equips the player with more skills and resources for a more action-focused experience, and Ranger Mode, which takes away the player’s HUD and challenges them with a hardcore rule set that prioritizes skill and instinct. 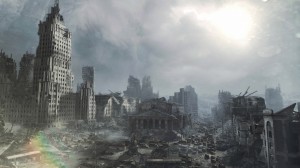 Metro Redux encompasses both Metro games to see release at this point, Metro 2033 and Metro: Last Light, both inspired by the Russian novel, Metro 2033, penned by Dmitry Glukovsky. Metro 2033, the game was previously released for PC and Xbox 360, while Metro: Last Light formerly saw release on PC, Xbox 360 and PlayStation 3, with a Wii U version planned, but cancelled in early development. Ukraine-based developer, 4A games has developed both games, and will also handle the Metro Redux re-releases as well, with the brand rights formerly resting with now-defunct publisher, THQ, but since being acquired by Deep Silver in the wake of the THQ bankruptcy from last year. 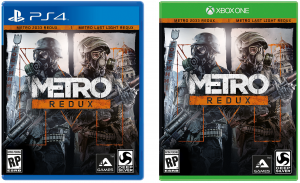 Metro Redux will be available as a combined retail package for $49.99, with both games also being sold as separate digital offerings for $24.99 each. Physically and digitally, Metro 2033 Redux and Metro: Last Light Redux will come to PC, PlayStation 4 and Xbox One.

Eggplante is continuing to gauge your news and updates on the Metro series.