Following an unconfirmed PlayStation Store listing that claimed standalone DLC expansion, Infamous: First Light would be releasing on the PlayStation Store for PlayStation 4 on August 26th, Sucker Punch has just confirmed the release date via Twitter. They’ve also clarified that the expansion will arrive for Europe the following day, on August 27th. 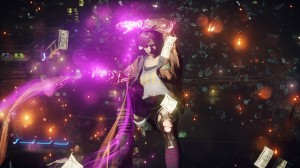 Announced during Sony’s E3 2014 press keynote, Infamous: First Light stars Abigail “Fetch” Walker, a supporting character from PlayStation 4 exclusive, Infamous: Second Son, who has the ability to harness and manipulate neon light energy. The expansion allows players to play through a prequel story involving Fetch’s escape from super-powered prison, Curdun Cay, while taking revenge on the people who captured her and led to the murder of her brother.

Infamous: First Light is already available for pre-order on the PlayStation Store. It will be one of the first PlayStation 4 game offerings that can be pre-loaded in advance of its release date, and immediately unlocked to play at midnight without any installation mandate upon its authorized public release. The standalone expansion is priced at $14.99. 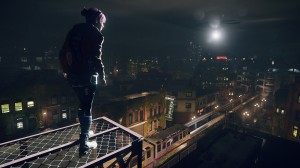 Eggplante reviewed Infamous: Second Son earlier this year, praising its fun open-world gameplay, beautiful visuals and arsenal of superpowers, even if the story left a bit to be desired.

Eggplante is also continuing to capture your news and updates related to Infamous: First Light, and the Infamous series as a whole.