Speaking at a Q&A for investors, the topic of another highly beloved brand that Miyamoto created, The Legend of Zelda, came up in conversation. Miyamoto re-affirmed his commitment to, “Evolving the series” at Nintendo, then claimed that the Big N was about halfway there on the 3DS platform. Obviously, this push to evolve The Legend of Zelda is continuing on Wii U as well, with gamers getting our first look at the series’ new mainline Wii U entry for the first time at this year’s E3, which again promised, “Evolution” for the franchise.

“We are gradually changing the structure of the Legend of Zelda series, and we are preparing to newly evolve the series for Wii U” Miyamoto stated during the meeting. It’s the next part however that should have gamers smiling, as Miyamoto followed this up by saying, “In addition to that, we have ideas for Nintendo 3DS which we have not announced yet, so I hope you will look forward to them.” 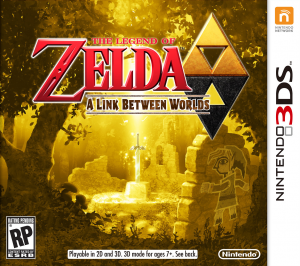 It’s no doubt a no-brainer that Nintendo would be continuing to experiment with the franchise on the 3DS platform, but this seems to be indirect, albeit obvious confirmation that Nintendo is cooking up another Legend of Zelda game for the 3DS. While fans may be hopeful that this is the oft-requested 3DS remake of The Legend of Zelda: Majora’s Mask that’s rumoured to be in development, frankly, that’s very doubtful. Miyamoto clearly spoke in the context of pushing the franchise forward, and that wouldn’t be possible by repackaging a game that’s already over a decade old. 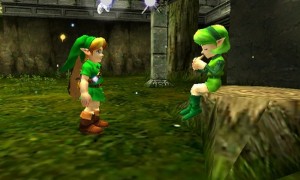 Regardless, the series has two confirmed upcoming offerings on Wii U at this point. Along with the currently-untitled mainline follow-up that was unveiled at this year’s E3, the series is also seeing an action-based spin-off, Hyrule Warriors this September, a collaboration between Nintendo and Tecmo Koei that brings Legend of Zelda characters into a new Warriors game made exclusively for Wii U.

Keep traversing Eggplante for all of your news and updates related to The Legend of Zelda.