Cult favourite 2D fighter, Skullgirls Encore is set to round out the PlayStation family of devices. Developer, Lab Zero Games has confirmed that new editions of the game are headed to the PlayStation Store selections of PlayStation 4 and PlayStation Vita sometime in the near future. 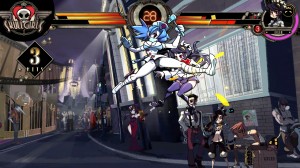 These new versions of the game will come packed with all previously available DLC for Skullgirls Encore, which includes fighters, arenas and story elements. They will also feature the All Play multiplayer lobbies and a new art gallery. The PlayStation Vita edition is confirmed to support the soon-releasing PlayStation TV as well, playable with both Dual Shock 3 and Dual Shock 4 controllers.

Lab Zero Games has promised more details on the new ports, along with confirmation that they should release before the end of the year.

The history behind Skullgirls Encor 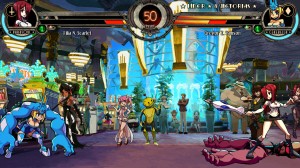 e is quite strange, though the game has nonetheless proven to be an underground hit with fans of stylized 2D fighting games. The original Skullgirls release was published by Konami, though difficulty with the publisher led to Lab Zero Games severing ties, which prompted Konami to demand the game’s removal from digital download stores. Fortunately, the game was then re-branded as ‘Skullgirls Encore‘, with Marvelous taking over publishing duties, and has since been revived on digital storefronts.

Skullgirls Encore was even featured as one of the games played for the recently-wrapped EVO 2014 in Las Vegas, the biggest fighting game tournament in the world.

Keep lunging to Eggplante for all of your news and updates related to Skullgirls.