EVO 2014 may chiefly be about competition between the world’s greatest fighting gamers, but given the amassing of genre enthusiasts, it’s also a good place for big fighting game reveals as well! 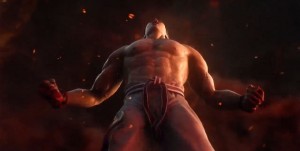 Bandai Namco was the big developer to capitalize on the event this year, using it to reveal Tekken 7! The announcement came with a reveal trailer, teasing the supposed ‘final battle’ against series antagonist, Heihachi Mishima.

Details are currently limited on Tekken 7, though Bandai Namco has claimed that more information on the game will be revealed at San Diego Comic-Con this year, specifically during the dedicated fighting game panel on July 25th. One nugget they did confirm however is that the anticipated 3D fighter sequel will be powered by Unreal Engine 4, allowing unprecedented next-gen graphics and performance for the series.

While the reveal teaser doesn’t explicitly confirm which platforms Tekken 7 is in development for, Bandai Namco has stated that the game is being made for ‘new gen platforms’, which almost certainly means PlayStation 4 and Xbox One at the very least. Given that many fighting games have started appearing on the PC as of late, a PC release is also possible, though the Tekken series has mainly been made explicitly for consoles up to this point, so that’s not guaranteed. 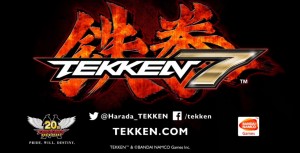 What do you hope to see from Tekken 7? Will you be picking the game up when it arrives? Are you even a fan of the Tekken series to begin with? As usual, your comments are welcome below.

Naturally, Tekken 7 is currently without any kind of release window. Be sure to keep punching back to Eggplante for any news and updates related to the Tekken series however!