It appears that DC Entertainment has finally set the record straight as to how their film and television universes intersect at the Television Critics Association today, or, more accurately, don’t. 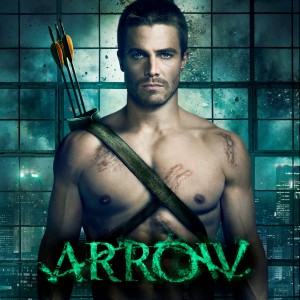 e Officer, Geoff Johns has just said definitively that the DC Cinematic Universe that began with last year’s Superman-themed reboot movie, Man of Steel, and the DC properties of live-action television, including Arrow, and upcoming shows, The Flash, Gotham and Constantine, are entirely separate universes that do not cross over in any way. Johns was pretty direct in saying, “We will not be integrating our film and television universes.”

Obviously, the only exceptions to the integration rule are Arrow and The Flash, which do take place in the same universe, with The Flash, set to debut this October, being a spin-off of Arrow.

Essentially, since The CW is partly owned by DC parent, Warner Bros., more spin-offs in this ‘DC Television Universe’ are possible, but they won’t have anything to do with the DC Cinematic Universe, nor the DC-themed projects being aired by other television networks independent of Warner Bros, which are all separate from one another in their own universes and continuities.

This means Gotham and Constantine specifically, with the former airing on FOX and the latter on NBC when they both make their debut this Fall for the 2014/2015 season. While Constantine at least has teased potential added licenses in the DC Occult Universe, including characters like The Spectre and Doctor Fate, both Gotham and Constantine unfold in entirely separate universes, and are entirely self-contained from any other DC media.

This segregation news comes as a pretty hefty disappointment for a good chunk of DC fans, who were hoping for an announcement at this year’s Comic-Con about a possible tie-in between the wildly popular Arrow, and the upcoming Batman v Superman: Dawn of Justice and/or Justice League movies in the DC Cinematic Universe. Given Arrow star, Stephen Amell’s highly positive reception in the role of archery-themed vigilante, Oliver Queen/Green Arrow, many DC fans were hoping to see Amell’s Green Arrow make an appearance, even a small one, on the big screen with Henry Cavill’s Superman and Ben Affleck’s Batman. 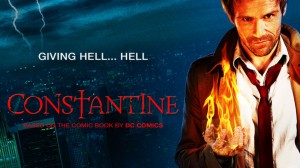 Sadly, Amell himself confirmed that this wouldn’t happen, and now DC has confirmed that it will never happen. Arrow is set in an entirely different universe from the movies, and if there is a Green Arrow in the DC Cinematic Universe, he’s not Stephen Amell’s Green Arrow. Too bad.

On the bright side, Johns confirmed that Robbie Amell’s Ronnie Raymond on The Flash is indeed being set up to become Firestorm at some point, and Brandon Routh’s Ray Palmer is being similarly groomed on Arrow to become The Atom. He reiterated however that Batman and Superman would not be featured in The CW’s DC Television Universe shared between Arrow and The Flash, and despite a cheeky, implied cameo by Batman rogue, Harley Quinn during Arrow’s second season, this is unlikely to change.

This strategy makes sense in terms of creativity and keeping the various universes straight, with DC being able to save film stories for film, and TV stories for TV. It also saves filmmakers and television producers a whole bunch of headaches by needing to memorize an entire, massive DC media bible, when their universes can now simply be self-contained, independent of other mediums and shows on other networks. 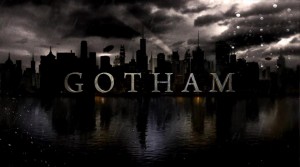 This does however stand in stark contrast to competitor, Marvel’s expansion into television. While Marvel has mainly kept their superhero stories on film since the superhero movie boom began at the turn of the new millennium, eventually pioneering their own in-house ‘Marvel Cinematic Universe’ and Marvel Studios with 2008’s Iron Man, they are gradually starting to expand into having live-action television properties of their own. These include the premiere of Agents of S.H.I.E.L.D. last year, its own planned prequel/spin-off, Agent Carter, and a quartet of Netflix Original Series programs that will lead into a crossover Netflix Original Series, The Defenders, starting with next year’s Daredevil series, currently in casting.

Unlike DC, Marvel is keeping these television programs and movies within a single universe, overseen by the dedicated folks at Marvel Studios. The only live-action Marvel properties in separate universes are the movie franchises owned by different studios, following Marvel initially divvying up movie rights during the 90’s, long before the formation of Marvel Studios. These specifically include X-Men and Fantastic Four, both having their characters and stories currently owned by 20th Century Fox, and Spider-Man, whose characters and stories are currently owned by Sony Pictures.

Anyhow, Johns also took the time to address the various stalled Wonder Woman-themed television projects at The CW, which probably hit an additional speed bump, with Gal Gadot set to portray the princess of Themyscira in the DC Cinematic Universe now, starting with 2016’s Batman v Superman: Dawn of Justice. “If we get the right script, we’ll do it” was his final word on the matter. No movement there, then. 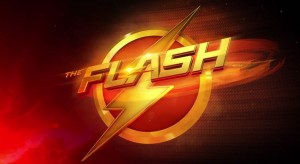 Johns followed this up by expressing enthusiasm at adapting superhero, Shazam, a movie property that is said to be in development at DC, alongside Fables and Metal Men. A movie starring Shazam was part of a massive apparent leak in DC’s planned DC Cinematic Universe movie schedule, which had it scheduled for 2017, alongside a solo Wonder Woman movie, and a Green Lantern/The Flash team-up movie.

This leak remains unproven however, so until DC confirms it, this is not set to happen.

DC Entertainment will be hosting a panel at Comic-Con on Saturday, July 26th, hosted by Arrow star, Stephen Amell. It’s there that we’ll probably get a clear sense of where the DC Universe is headed in film and television over the next couple of years, at the very least.

Don’t forget to keep flying back to Eggplante for all of your major news and updates related to DC Universe media.