EA is the latest publisher being forced to bite a delay with two of their anticipated next-gen titles. Fortunately, one of the two is pretty minor. 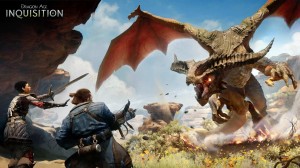 nquisition, originally planned for release on October 7th, has slipped to November 18th for North America, and November 21st for Europe. No specific reason was given for the delay. Given the short amount of added time that the anticipated action-RPG prequel apparently needs in the cooker however, it’s likely that the bump is simply just to iron out a few bugs and make sure that the game is as good as it can possibly be.

It’s Battlefield fans that are suffering the bigger blow. Battlefield: Hardline, a police action-driven spin-off for the celebrated tactical first-person shooter franchise, has been delayed out of 2014 entirely. It’s now expected to release in early 2015, after an original release plan that had it pegged for a Fall 2014 bow.

EA was more specific about this delay, confirming that it was in response to player feedback from the recently-wrapped online multiplayer beta that went live during E3 this past June. The beta was exclusively hosted on PC and PlayStation 4.

It’s probable that EA is also being extra careful with their latest Battlefield offering in general, given the infamous multiplayer connectivity and server issues, along with a slew of bugs, crashes and other such stability problems across all platforms that plagued the previous Battlefield 4, to the point where all of its DLC, and all future projects from DICE, had to be delayed to address the issues. The problems ended in a class-action lawsuit against EA by several investors.

Thankfully, it seems that EA, DICE and co-developer, Visceral Games appear to be going the extra mile to avoid any repeat incidents with Battlefield: Hardline. Nonetheless, its delay does sting a bit.

Eggplante remains committed to bringing you all major news and updates on EA’s games.