The PlayStation Store has arguably become the top venue for fantastic indie games in the console and handheld space. On this note, Sony has now seen fit to once again spotlight a select four indie titles for this Summer’s PLAY promotion as well. 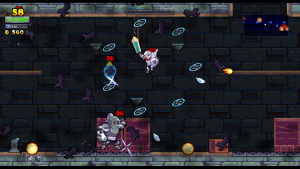 Sony has already hosted a PLAY 2014 lineup from the start of the year, though this will be an entirely different one, naturally. Unlike the previous PLAY 2014, this Summer’s PLAY 2014 lineup won’t include any retail titles either, and will solely focus on indie offerings.

PLAY’s annual Summer spotlights are meant to be an answer to Microsoft’s own traditional Summer promotion, Summer of Arcade, where four new high-profile Xbox Live Arcade releases are launched closely together, and present some sort of incentive to people who purchase most or all of them.

This year however, Microsoft has been mum on the potential status of Summer of Arcade. Due to the shake-up in Microsoft management, the Xbox One now being available, and Microsoft’s apparent dwindling interest in directly supporting the Xbox 360 with new content for much longer, this could be the first year in a long time that we may not have a Summer of Arcade lineup. Hopefully, Microsoft proves that notion wrong.

Nonetheless, PLAY 2014 has the usual set of rules and rewards. Four games are being offered, with one of each releasing over the course of four weeks as the Summer winds down in late July and August. People who purchase multiple games in the PLAY 2014 selection within the promotion’s timeframe, starting today, July 22nd and concluding on Monday, August 25th, will receive a digital money rebate to spend on the PlayStation Store; $3 for two games, $6 for three games, and $10 for all four games. 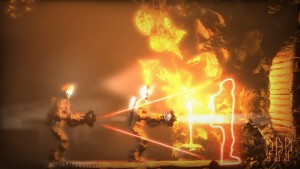 Sony is sweetening the pot more than ever for this year’s Summer promotion to boot– All four games on offer for PLAY 2014 are cross-buy across all three of Sony’s current gaming devices. Making just a single purchase of each game on any platform will net you the PlayStation 3 version, PlayStation Vita version and PlayStation 4 version together!

To start, July 29th will see the release of Rogue Legacy by Cellar Door Games, for $16.99, and $13.59 for PlayStation Plus pre-orders. The game is a randomly-generated 2D platformer that has players navigating a series of four levels guarded by four bosses, and then taking on a final boss. A wrinkle is added where, if the player dies, an heir of their character will respawn and take their place, altering the gameplay with conditions like colour-blindness or dwarfism. Rogue Legacy has already been made available for PC, Mac and Linux as of last year, where it has received very positive reviews.

per releases on August 5th, originally developed by Facepalm Games, with the PlayStation ports being co-developed by Facepalm Games and Curve Studios. It will cost $19.99, and $15.99 for PlayStation Plus pre-orders. This open-ended puzzle-platformer has players using a mysterious device to create up to four clones, swapping control between any clones that they have in their line of sight, in order to solve puzzles and open paths. The game was originally released last year for PC, and expanded to Mac and Linux this past February. These initial builds were met with highly positive feedback, and several indie game awards.

Following next is Hohokum on August 12th, developed by Honeyslug and Sony Santa Monica, and published directly by Sony, available for $14.99, and $11.99 for PlayStation Plus pre-orders. Hohokum is a game based entirely on relaxation, with players controlling a serpent-like creature called the ‘Long Mover’, and navigating a series of environments with a simple primary goal, and a handful of secondary goals, simply based on creativity and light experimentation.

Finally, the promotion’s last offering will be CounterSpy on August 19th, a 2D platformer with elements of stealth, developed by Dynamighty, and published directly by Sony. It will cost $14.99, and $11.99 for PlayStation Plus pre-orders. The game will take place in an alternate-history Cold War, where players must avert nuclear holocaust between the U.S. and USSR. The game is also apparently planned for iOS and Android devices at some point. 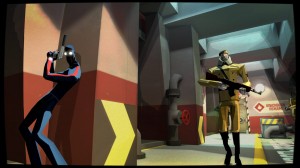 Be advised as well that all four of these games are not planned for release at all on Xbox or Nintendo platforms. Putting aside computer and mobile releases, they will be completely exclusive to PlayStation platforms, another added perk that makes Sony’s latest PLAY lineup especially tantalizing this year.

We’ll be delivering reviews on all four PLAY 2014 offerings here on Eggplante, as part of our continued commitment to spotlighting great indie games in the console and handheld spaces. Eggplante will also continue to bring you your major news and updates on all things PlayStation.