With a new month comes new free games for owners of current Xbox consoles, and August 2014 will see two Xbox Live Gold freebies offered for both! 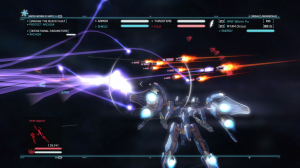 Starting on August 1st, Xbox One owners will be able to download Strike Suit Zero: Director’s Cut (normally priced at $19.99) and Crimson Dragon (normally priced at $19.99), both of which will be available throughout the month. These two games will replace the currently-offered Max: The Curse of Brotherhood and Guacamelee!: Super Turbo Championship Edition when they go live, so if you have yet to download July’s offerings (or one of June’s, in the case of Max: The Curse of Brotherhood), get on that quickly!

Once downloaded, these games are your games to keep on your Xbox One, completely free of charge. Bear in mind however that you can only access them as long as you maintain your Xbox Live Gold membership.

Strike Suit Zero: Director’s Cut is an enhanced re-release of a Kickstarter-funded PC game that exists as a throwback to old-school PC space shooters/simulations. It allows players to take control of the transforming strike suit, shifting between a mech and spaceship form, undertaking action-packed shooting missions to repel the villainous Black Fleet. This game is also available to download on PC and PlayStation 4.

We reviewed Strike Suit Zero: Director’s Cut earlier in the year, declaring it a competent space sim that handles well on consoles, but one that comes with some frustrations regarding targeting and spiking difficulty every so often.

Crimson Dragon is a flight-based on-rails shoot ’em up, whereupon players man a dragon and battle against legions of foes. It features six types of dragons and online co-op for up to three players, as well as a main single-player campaign. This game is only available to download for Xbox One.

For those who haven’t yet made the jump to Microsoft’s next-gen console, the Xbox 360 will still be seeing two free games for Xbox Live Gold members this August. Between August 1st to August 15th, Xbox 360 owners with Xbox Live Gold subscriptions can download Xbox Live Arcade game, Motocross Madness, normally priced at $9.99. Between August 16th to August 31st, Motocross Madness will then be replaced by Dishonored, a full Xbox 360 retail offering that currently sells for $19.99 via Xbox 360 Games on Demand.

Motocross Madness is a

Dishonored meanwhile is a fantastic open-ended stealth-action game that has players take control of Corvo Attano, framed by his corrupt government for the murder of his nation’s empress. With numerous play options available to you, depending on whether you wish to play stealthily, violently, using technology, using magic, or somewhere in between all of these, Dishonored allows you to join with a resistance movement and exact your revenge on those who wronged you, however you deem fit. The game is also available at retail and as a digital download offering for PC and PlayStation 3. 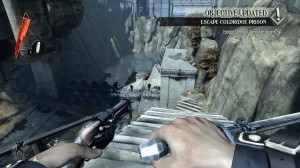 Unlike Xbox One, once you download free Games with Gold offerings on Xbox 360, you can keep them forever, even if you allow your Xbox Live Gold membership to lapse. If you’re interested in either of these offerings in even the slightest capacity, it certainly doesn’t hurt to add them to your download queue.

Of these offerings, Dishonored is an easy highlight, being far and away the best game of the bunch, so definitely don’t miss that one if you have both an Xbox 360 and an Xbox Live Gold membership, and have yet to play it. The rest are more middling, though they are competent offerings in their respective genres, particularly for the free download.

Keep revisiting Eggplante for all of your news and updates on gaming-related sales, freebies and other incentives, on Xbox platforms and otherwise.