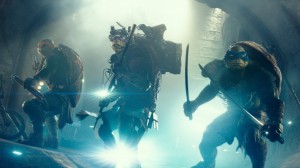 The Michael Bay-produced big screen reboot of Teenage Mutant Ninja Turtles may not have fared well with critics (our review is forthcoming, stay tuned!), but it certainly made bank at the box office!

Nonetheless, Teenage Mutant Ninja Turtles now sits atop the weekend box office for the second weekend of August, raking in a cool $65 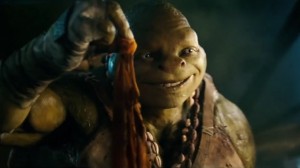 million from domestic ticket sales in Canada and the U.S. In response, Paramount has already authorized a sequel to the reboot, which will bow on June 3rd, 2016.

This places it a week after Fox’s own massive Marvel blockbuster, X-Men: Apocalypse, and Disney’s sequel to one of their billion-plus grossers, Alice in Wonderland: Through the Looking Glass. On the date itself, the movie will be squaring off against Seth Rogen’s R-rated animated flick, Sausage Party.

Teenage Mutant Ninja Turtles stars Megan Fox, Will Arnett, Tony Shalhoub, and William Fichtner, with Johnny Knoxville, Alan Ritchson, Noel Fisher and Jeremy Howard serving as the voices of the titular Turtles. The movie is available to view in both 3D and 2D.

Keep swinging back to Eggplante for all of your news and updates on Teenage Mutant Ninja Turtles.